At first glance the 90-metre strip of slick-black asphalt leading up to New Plymouth's famous Pukekura Park doesn't look anything out of the ordinary but it is - in a world leading trial it has about half a tonne of plastic or the equivalent of more than 83,000 yoghurt pots incorporated into it. 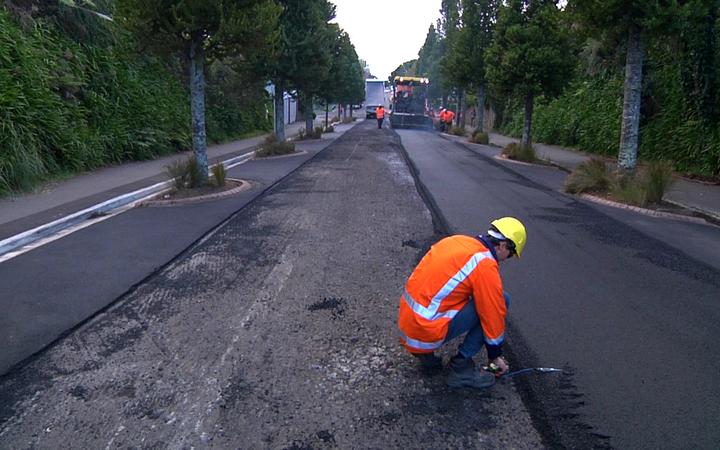 It's hoped the test of a new blend of asphalt - Plas Mix - will offer a solution for the thousands of tonnes of difficult to recycle plastic grades - three through seven - collected in New Zealand each year.

New Plymouth District Council infrastructure manager David Langford said after finding himself stuck with about 200 tonnes annually of plastics nobody wanted, he started looking around for solutions.

"Normally we send them overseas to places like China or Thailand to be recycled but since they've stopped accepting the world's recycled plastic we've had to innovate and find new solutions.

"We've incorporated the plastic into our roading asphalt and actually put it into the pavement on the ground so where I'm walking now is made from plastic from our kerbside collection."

Mr Langford said Plas Mix was no more expensive and a win for the council and the environment.

"If we are sending our waste to places like China or Thailand it's travelling 10,000km to get recycled. Here on Liardet St it's only travelled about 10-15km from the kerbside to the asphalt plant and then to here, it's final destination.

Road Science - a division of infrastructure company Downer - has been responsible for developing Plas Mix over the past year.

Technical development manger Darcy Rogers said after the initial analytic work had been done putting the two products together was relatively straightforward.

"In the asphalt plant there's essentially a heated drum with a whole lot of aggregates, stones and bitumen. It's mixed up at quite high temperatures around 150 to 160 degrees.

"By selecting the plastics we can put them in there and they essentially melt with the existing bitumens - the black stuff on the road - and then it blends with the bitumen and you end up with a product which is quite highly engineered and high performing." 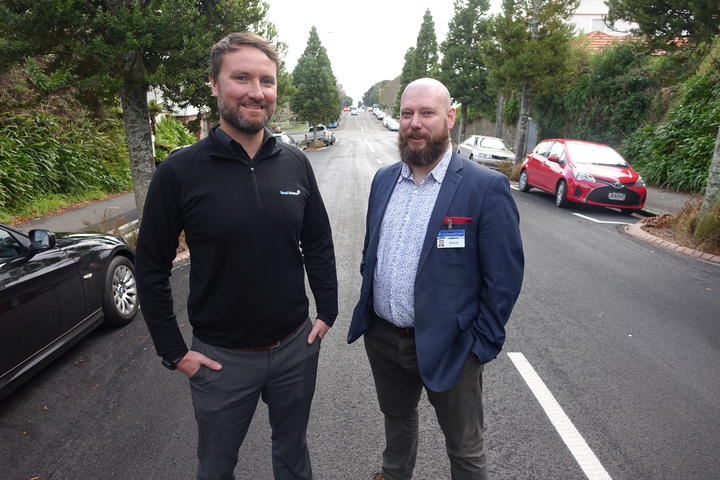 Mr Rogers said combining plastic and bitumen - which were both derived from crude oil - had some surprising results.

"It's probably actually a little bit better than normal asphalt. There are three killers for roads there's water, heat and traffic and through our testing we've actually found that adding plastic increases the resistance to those three aspects."

It was not yet clear whether Plas Mix would be as effective on the open road where the aggregate was heavier and the asphalt layer much thinner.

But Mr Rogers said other councils had already been in touch hoping to rid themselves of plastic stockpiles and he thought the product had a great future.

"I think it's got good potential in New Zealand. I guess we've been found out a little bit in terms of our domestic recycling capability so there's a huge amount of plastic sitting out there that can't actually be recycled in New Zealand so we're keen to use this technology to try and tackle some of this waste issue throughout the country."

Mr Langford said the plastic was completely bound with the asphalt and tests had found it did not leach even when broken up.

But he said the trial was not an excuse to feel more comfortable about plastic waste.

"It's only one piece in the bigger picture of our waste minimisation plan. If we can avoid creating it in the first place that's the idea solution from our point of view but we need to make some big behavioural changes, we need think about the things we buy, the packaging they come wrapped in and we need product manufacturers to think the same."

Mr Langford said the stretch of Liardet Street paved with Plas Mix would be stringently monitored for abnormalities over the next six months before the New Plymouth District Council committed to using it on more of the city's roads.

At the end of its life, it was expected the asphalt would be recycled as metal aggregate which could be used as the base layer under footpaths and paths for example.