US scientists have calculated the total amount of plastic ever made at 8.3 billion tonnes, and say nearly 80 percent of what's thrown away likely ends up in landfills. 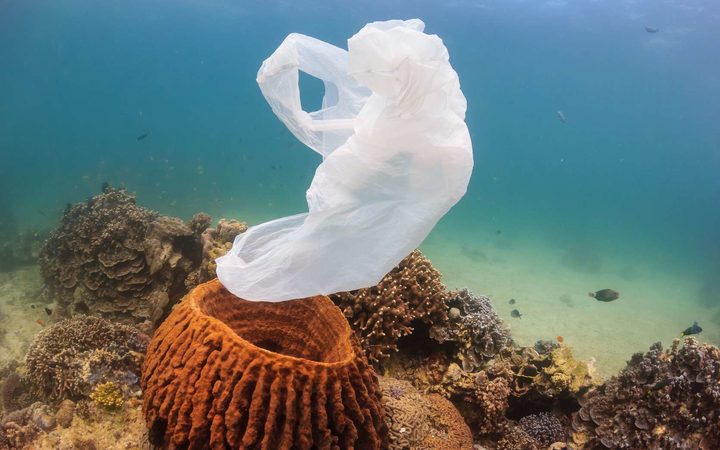 Much of the plastic is not recycled and ends up in landfills, and the world's oceans. Photo: 123RF

The mass is as heavy as 25,000 Empire State Buildings, or a billion elephants, and has been created in the last 65 years or so. In fact half of it was made just in the past 13 years.

Plastic items, like packaging, tend to be used for very short periods before being discarded.

Nearly 80 percent of the total production is now in waste streams, sent largely to landfill - although much of it litters the wider environment, including the oceans.

"We are rapidly heading towards 'Planet Plastic', and if we don't want to live on that kind of world then we may have to rethink how we use some materials, in particular plastic," Dr Roland Geyer told the BBC.

A paper authored by the industrial ecologist from the University of California, Santa Barbara, and colleagues appears in the journal Science Advances.

It is described as the first truly global assessment of how much plastic has been manufactured, how the material is used, and where it ends up.

Some of the key numbers from the report 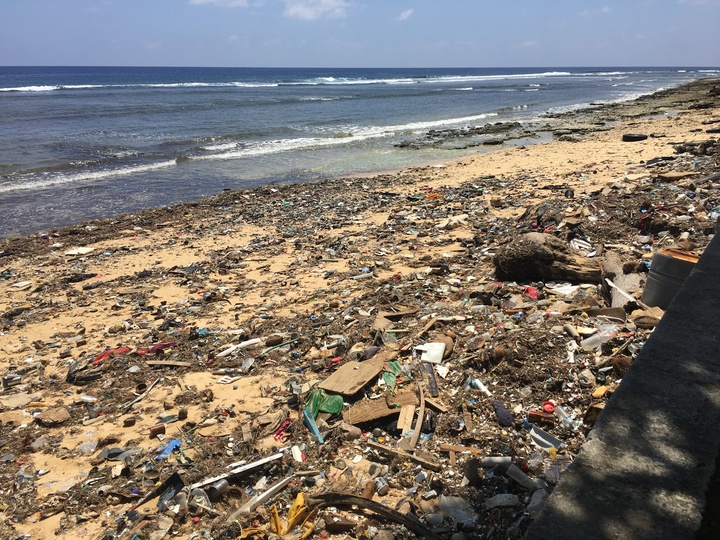 Waste washed up in the Marshall Islands Photo: RNZI/Giff Johnson

There is no question that plastics are a wonder material. Their adaptability and durability have seen their production and use accelerate past most other manmade materials apart from steel, cement and brick.

From the start of mass-manufacturing in the 1950s, the polymers are now all around us - incorporated into everything from food wrapping and clothing, to aeroplane parts and flame retardants. But it is precisely plastics' amazing qualities that now present a burgeoning problem.

None of the commonly used plastics are biodegradable. The only way to permanently dispose of their waste is to destructively heat it - through a decomposition process known as pyrolysis or through simple incineration; although the latter is complicated by health and emissions concerns.

In the meantime, the waste mounts up. There is enough plastic debris out there right now, Geyer and colleagues say, to cover an entire country the size of Argentina. The team's hope is that their new analysis will give added impetus to the conversation about how best to deal with the plastics issue.

"Our mantra is you can't manage what you don't measure," Dr Geyer said.

"So, our idea was to put the numbers out there without us telling the world what the world should be doing, but really just to start a real, concerted discussion."

Recycling rates are increasing and novel chemistry has some biodegradable alternatives, but manufacturing new plastic is so cheap the virgin product is hard to dislodge.

The same team - which includes Jenna Jambeck from the University of Georgia and Kara Lavender Law from the Sea Education Association at Woods Hole - produced the seminal report in 2015 that quantified the total amount of plastic waste escaping to the oceans each year: eight million tonnes.

This particular waste flow is probably the one that has generated most concern of late because of the clear evidence now that some of this discarded material is getting into the food chain as fish and other marine creatures ingest small polymer fragments.

Dr Erik van Sebille from Utrecht University in the Netherlands is an oceanographer who tracks plastics in our seas. Of the new report, he said: "We're facing a tsunami of plastic waste, and we need to deal with that.

"The global waste industry needs to get its act together and make sure that the ever-increasing amounts of plastic waste generated don't end up in the environment.

"We need a radical shift in how we deal with plastic waste. On current trends, it will take until 2060 before more plastic gets recycled than landfilled and lost to the environment. That clearly is too slow; we can't wait that long," Dr van Sebille said.