Tuvalu's Prime Minister, Enele Sopoaga, has called on countries at a United Nations Oceans Conference to push for the reduction of human-induced pollution. 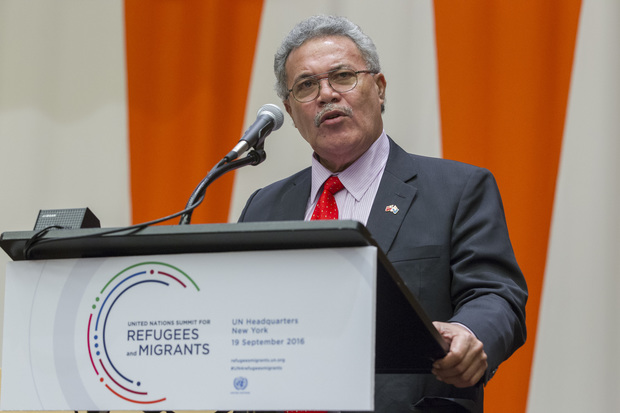 More than eight million tonnes of plastic ends up in the world's oceans annually, which Mr Sopoaga said needs to be addressed.

Mr Sopoaga also said the world needs to work to reverse the number of threatened and endangered species.

He also said unreported and unregulated fishing resulted in an estimated 26 million tonnes disappearing from the oceans annually, damaging the marine ecosystem and efforts at sustainability.

Tuvalu, as part of its commitment, pledged to reserve 10 percent of its Exclusive Economic Zone as marine protected areas.