A founding member of the Patea Māori Club who was awarded a Queen's Service Medal yesterday says the monarch is a fan of the group's smash hit Poi E. 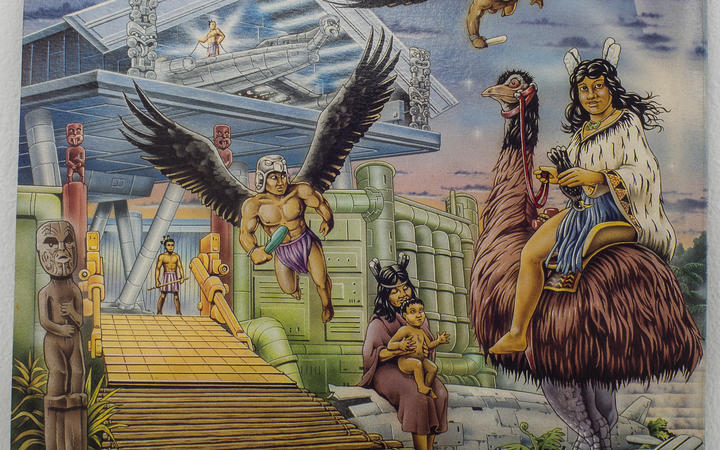 Sydney Kershaw has been recognised in the Queen's Birthday Honours list for his contribution to Māori performing arts and the community.

Mr Kershaw was a tutor with the Patea Māori Club when Poi E was released in 1984 and part of a troupe that travelled to the United Kingdom for a Royal Command Performance the same year.

The 77-year-old said the Queen enjoyed the song.

"That song went off well. We actually went into Scotland to perform for the Queen and she acted very well, very good yeah. [There was] a big crowd, we had a big crowd at that time."

Mr Kershaw, who was a meat inspector at the Patea freezing works, said he never realised the Dalvanius Prime-produced song would be so big.

"It really got us going, you know, and it's very popular now. It's been magnificent actually.

"We've been very lucky with what we've got and we are bringing in the young ones for the future. That's what I'm there for, any way to help our young ones."

When the Patea freezing works closed down, Mr Kershaw - a Ngāti Ruanui kaumatua - left Patea and went onto set up and support many kapa haka and toi whakaari groups around New Zealand with the aim of keeping Māori traditions alive.

In 2018 he was awarded a Tohu Motuhake for his service to Te Matatini kapa haka festival.

Māori performing arts had taken him around the world, Mr Kershaw said.

"I [have] also been to China and went to the United States, New Mexico, Utah and New York. I went with the kaumatua with Te Māori, the exhibition, in New York ... as a performer with all the kaumatua of New Zealand."

Mr Kershaw was also a Justice of the Peace and helped establish the South Taranaki Police Advisory Board, acting as a conduit and helping change the way police deal with Māori victims and offenders, and provided tikanga advice and support to the police.

"We have quite a few meetings to discuss abuse, suicide and also how to recruit Māori into the police force," he noted humbly.

A voluntary minita-a-iwi for the Methodist Church, Mr Kershaw travelled between New Plymouth and Wellington to karakia, give weekly church services, and provide regular pastoral care to patients at Hawera and Taranaki Base Hospitals.

Now retired in Patea, Mr Kershaw is back at the Patea Māori Club tutoring its Taranaki Ki Te Tonga Taikura group - or kaumatua and kuia troupe.

He said there was a simple trick to finding the energy he needed for all his community work.