The Dunedin City Council is considering how to protect a geological site in rural Otago.

Plaman Resources wants to mine Foulden Maar, near Middlemarch, for diatomite to be used for pig and chicken feed supplements. Diatomite is the fossilised remains of single-celled aquatic algae.

Opposition is growing from locals and academics concerned the area's rich source of fossils from 23 million years ago could be lost.

Councillors have voted to recognise the site's significance and support its protection as a scientific resource.

One of them, Aaron Hawkins, said council staff will now look at how that can be done.

"Some of them might be planning instruments under the RMA [Resource Management Act]; some of them might be lobbying the OIO [Overseas Investment Office] and stressing the position council now has; we didn't previously have a position. Other options might be working with the government or the Department of Conservation around how best we might protect the fossil record there." 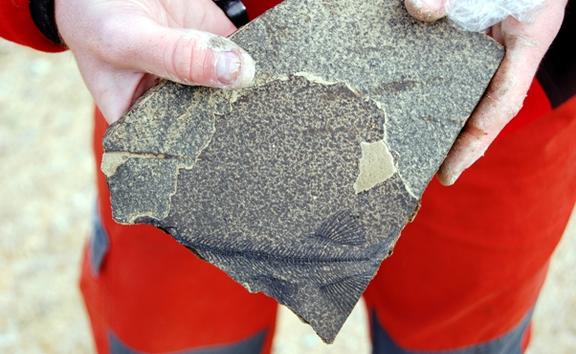 Foulden Maar, a 23-million-year-old crater lake containing large deposits of diatomite, is the only one of its kind in New Zealand. It contains a range of fossils including leaves, flowers, fish and insects.

When work started, there were seven insects known from New Zealand's fossil record. Foulden Maar has already turned up about 250 - many new to science.

Last year, Plaman Resources - based in Australia but largely Malaysian owned - obtained a $30 million loan from investment bank Goldman Sachs to mine 500,000 tonnes of diatomite a year at the site. It already owns land near Foulden Maar, but to mine economically, it needs to purchase a neighbouring property too.

Almost a year and a half ago, it applied to the Overseas Investment Office for permission to buy the land. But the application met immediate opposition, first from neighbours worried about road noise and dust, and then from palaeontologists worried for the loss of the valuable fossils of Foulden Maar.

A community meeting of local residents earlier this month was unanimously opposed to exploiting the area's natural resources.