New Zealand Vietnam War veterans are calling for more help as they face health issues they say are related to their war service. 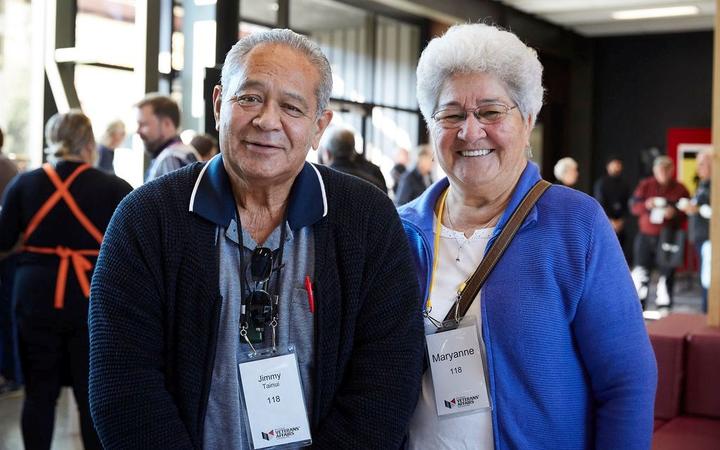 Veterans had the opportunity to attend a health and wellbeing expo in Auckland on Saturday which brought together a number of veteran support agencies.

About 300 Vietnam veterans and their families were there.

Jimmy Tainui is now 71. He is currently in a wheelchair after knee operations.

Like many veterans, he is stoic and accepting of his lot.

His wife, Maryanne became emotional when describing how the war affected him badly, particularly as he suffers post-traumatic stress disorder (PTSD).

"He has nightmares ... he's almost strangled me in his sleep and we went to seek help so he's on medication for it, but that medication doesn't help the memory."

Maryanne said her husband was pretty good compared to some of his mates.

Mr Tainui served two-tours of service in Vietnam and was a lead scout.

"It's when your mates get killed. It's not nice ... and while I was out in the front, it's the ones behind because sometimes we don't see everything but the ones following behind get the bad end of the deal and it plays on your mind, you know." 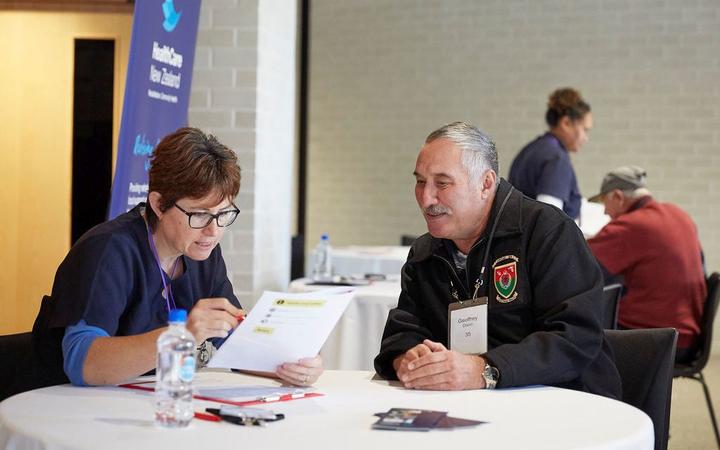 George Babbington made two visits to Vietnam, first in the infantry and then with the SAS.

He suffers from post-traumatic stress and only realised it by accident when he returned and was chatting with a psychologist at a function on base.

"And it wasn't until I finished talking to her and she said 'you are suffering post-traumatic stress' because of some of the things I was saying and the manner of the delivery to her."

He has never been counselled for PTSD.

"I have just got on with life," he said.

Michael Wood was a radio operator working on the frontline.

Apart from also having PTSD, he is also suffering the effects of the defoliant, Agent Orange.

"I have peripheral neuropathy, which is damaged nerves starting from the lower back affecting my walking ... very weak legs, terrible balance and that's why I am here today to get help."

Llewellyn Jones, who's in his 70s has cancer which he puts down to serving in Vietnam.

He said the majority of Vietnam veterans he knew who had died, died from cancer.

He's in no doubt it can be traced back to Agent Orange.

"It's one of those things, isn't it? It doesn't make me angry about it, it's the way it is.

The veterans said that on the whole, they were happy with help now being offered, but for many, it has come too late.

President of the Vietnam Veterans' Association Andy Peters said while more could be done for veterans, what was now being offered was welcomed.

"It's going to restore their faith back in the system again."

Mr Peters said the way the veterans were treated on their return from serving in Vietnam had taken most of them a long time to get over and they have been reluctant to come forward.

"Over the years being unsure or unaware of what services and help is available to them, but now it is easier to access."

He said sadly some veterans just didn't want to engage and others were just too proud to ask.

"I tell them, no one is going to help you if you don't ask or we don't know there is something wrong with you." 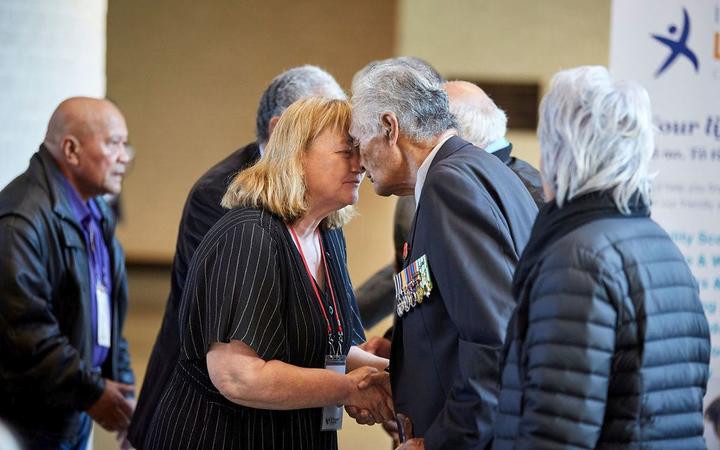 Head of Veterans' Affairs Bernadine Mackenzie said the aim was to reach all veterans and offer help.

"It is their choice whether they want to take up any of the entitlements that are there, but we want to make sure they know about it."

Ms Mackenzie said they hoped to be able to connect with all Vietnam veterans still alive and also with their families.

She said all veterans, regardless of what conflict they fought in, have been reluctant to seek help.

"That's about their training in the military and looking after themselves and just not wanting to come out and ask for help.

"We want to go to our veterans and say we can help and there are others in the community that can help them as well."

Vietnam veterans who are not currently accessing veteran support are encouraged to contact Veterans' Affairs through the website www.veteransaffairs.mil.nz or 0800 483 8372.