Young people transitioning from state care to independence will no longer be cut off from Government support when they turn 18. 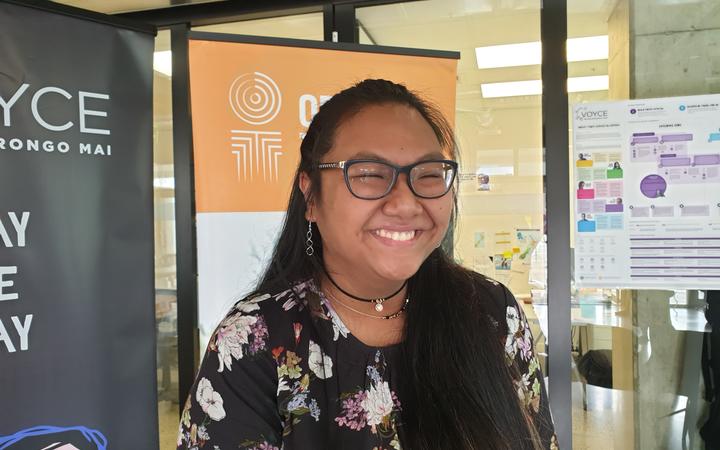 Jennifer Thonrithi felt nervous coming up to her 18th birthday as she had no one outside of state care to guide her. Photo: Photo / RNZ

A $150 million dollar transition support service announced today is intended as a safety net for 18-25 year olds who don't have a family to fall back on.

It couldn't be more welcome by Jennifer Thonrithi, who was in state care for as long as she could remember and wasn't celebrating her 18th birthday.

"Essentially I was kind of like an orphan so as soon as I entered state care, I was going to stay until as long as I could basically because I had no other supports," she said.

"So when it came to my 18th birthday, I was nervous because I didn't have family, I didn't have people to rely on. The state care was all I had."

Fortunately, she had an extremely supportive social worker who guided her through the difficult time. But there are many others who fall through the cracks.

Children's Minister Tracey Martin said the new service would help some 3000 young people over the next four years.

"We know that young people leaving care often have high needs. By definition they've had a rough start - it is hard, it is traumatic for any child to be separated from their parents.

"The care experience young people involved in the design of the new service said that they felt lonely and isolated after their time in care and often didn't know how to get the help that they needed."

The minister said that young people who have left the state's care and protection have in the past ended up with worse outcomes in nearly every key area including health, housing and incomes.

"Teenagers leaving care should have the right to expect what any young person would want - knowing there is someone to turn to if they need help; a warm bed to sleep in; some help and encouragement when it is needed.

"This service will provide that, both by allowing young people to stay longer with their caregivers and providing specialised transitions support workers whose job is to help this group."

Oranga Tamariki has been tasked with building the service which will allow their partners, including Māori organisations, to employ 175 new specialist staff and make 60 supported accommodation facilities available by year four.

Twenty-five million dollars will go towards supporting young people live with their caregiver beyond the age of 18, and $9 million to help the transition from care to independence, up to the age of 25.

Young people were engaged with in the design of the transition service, which would largely be provided by NGOs, iwi and Māori organisations.

"This was a deliberate decision. The service is voluntary and we want young people to engage with it," Ms Martin said.

"Oranga Tamariki hasn't generally worked with 18-25 year olds, but its community partners already have a youth focus and capability to work with this group."

Making the investment now reduced the risk of personal cost to the young people and would help break the cycle of families needing state care.

Nearly 30 per cent of children in care have parents who had also been in care, Ms Martin said.

The new services include: