The Defence Force has warned of the ongoing financial burden of keeping its old Hercules and Orion planes in the air. 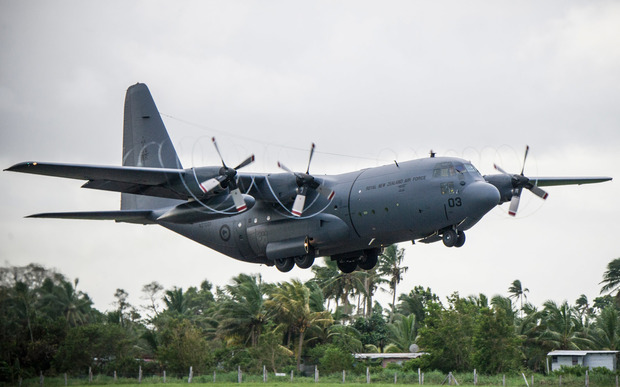 An RNZAF Hercules in the Pacific. Photo: supplied

Last year, the Government announced it was replacing the Orions with P8 Poseidons from 2023.

An announcement on what will replace the Hercules is expected soon.

However, in the meantime the Defence Force has gone to market to find a new company to help source spare parts for the Hercules and Orion fleets.

"If decisions are deferred in and around C130 (Hercules) we are confident we can keep the aircraft flying, albeit that this comes with an increasing cost - it's not an exponential growth - but certainly there is a double-digit factor in terms of the increasing cost," he said.

Wally Butt said the tender had closed and a contract would probably be signed in the next few months with the new company.

Last year, RNZ reported that over a decade the Defence Force spent $360 million on repairs and maintenance on the fleets.