The Defence Ministry says it won't be long before a road map - outlining the future needs of the military - will be released. 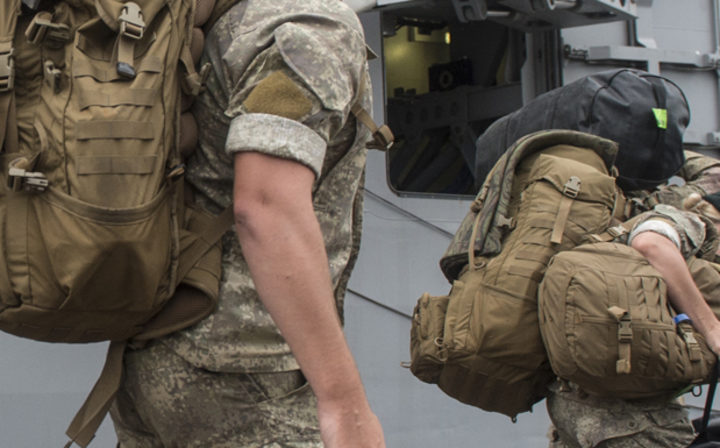 New Zealand troops are deployed all over the world. Photo: NZ Defence Force

Last year, the government announced $2.3 billion for new planes to replace the ageing Orion fleet, as well as a $103 million vessel for the Navy.

2018 was a busy year for the government and the Defence Force.

It was Ron Mark's first full-year in the minister's chair and the top brass within Defence had a refresh.

An inquiry was launched into the book Hit & Run and allegations that Afghan civilians were killed or injured by New Zealand soldiers in 2010, as well as an investigation into claims of sexual misconduct and bullying at Waiouru.

A decision was also made to extend New Zealand's commitments overseas, including in Iraq.

This year, a capability review is due in March about the future needs of the military, which has an annual budget of about $2.5 billion.

"Does this budget - for the first time - actually start to show the government's actual willingness to start spending that money on capability - because we really didn't see much of that in the first budget," he said.

Documents released to RNZ show the minister, Ron Mark, was briefed by aerospace companies Embraer and Lockheed Martin last year about options to replace the ageing 1960s Hercules and the Boeing 757 fleets.

"There's no excuse or reason for a delay in replacing our heavy lift C-130 (Hercules) capability - we have to have it - it is necessary, so that process should be well and truly under way," he said.

Mr Mark pushed back and said there were nine years of delays when National was in power.

He intended to make decisions quick.

"So my intention is to get the capability plan finished in March this year and to have a decision on the C-130s in March this year... definitely by the end of this term, New Zealand will know what the replacement is and what we have purchased," he said.

New Zealand troops are deployed all over the world and have been in Iraq since 2015 - training 10,000s of local security forces.

Another group of soldiers left in late October for a mission that ends in June.

Professor Robert Ayson said now could be the right time to look at other options.

"You know you've got to say the clock is ticking on this deployment and I'm not sure what the actual - when you sit down and look at it - what are the advantages to New Zealanders staying there much beyond June, I'm not sure exactly what those are," he said.

Mr Mark said the government would decide what to do early this year.

"We're not self-sufficient in those deployments. We rely upon and depend on our partners in other contributing nations to provide elements of support and security, so whatever decisions are made, they will be a collective decision," he said.

Mr Mark said the independent inquiry into the Hit and Run book allegations was important to set the record straight.

And he said a clear commitment had been made from within high ranks alleged misconduct at Waiouru won't be tolerated and culture had improved.