The Auckland branch of Destiny Church has been put on notice by the Department of Internal Affairs for failing to file its annual charity returns on time. 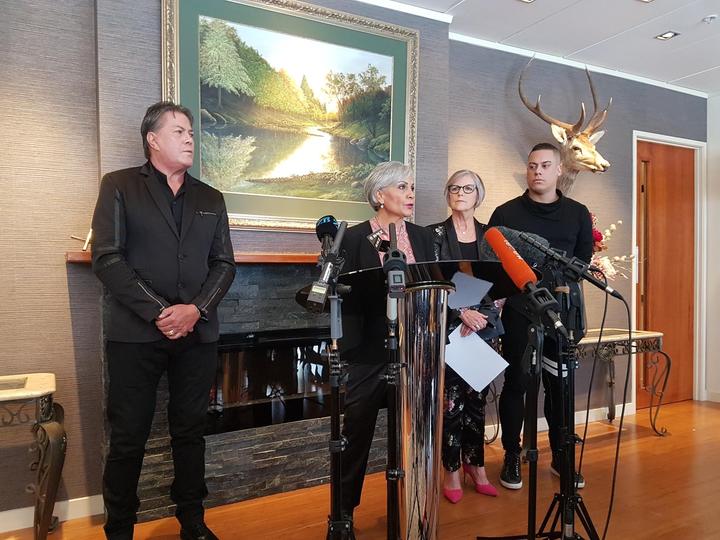 The church's 2017 returns paint a grim picture for the church's finances, with an independent auditor raising significant concerns about its ability to keep operating.

Hannah Tamaki, who yesterday announced she would lead a new political party called Coalition New Zealand, was a trustee with the church's Auckland branch up until last month.

During the party's launch Ms Tamaki made it clear that none of the party's funding would be coming from Destiny Church.

"I've already had a few friends say that they would help us, we've got friends outside the church who will help us.

"We've got many business people in the church so if they want to give to [the party] personally, that's their choice."

But looking at the Destiny coffers, donations for the church are not looking good.

Back in 2008 Destiny Church had multiple charities registered; 18 branches across the country - as well as a social services trust, a television ministries trust, a school, an International Trust, and a charitable company providing buildings and facilities for the church.

A decade later, only around half of those remain.

The Dunedin, Gisborne, Kaitaia, Porirua, Taumaranui, Te Puke, Thames and Whanganui branches - as well as the social services trust, were all deregistered in 2010 at the request of those running them

In 2012 its Rotorua branch and the Television Ministries Trust were both deregistered because they failed to file annual returns.

In 2017, the Department of Internal Affairs (DIA) warned that Destiny International Trust and Te Hahi o Nga Matamua Holdings Limited - the church's charitable company - were both due to be deregistered because of their persistent failure to file tax returns.

The groups immediately took legal action - and the issue is understood to still be before the courts.

Their charitable status - allowing them to accept donations and be exempt from income tax - remains in place in the meantime.

That ongoing failure to file annual returns is now an issue for Destiny's Auckland branch.

The trust - which is the most wealthy Destiny Church branch - filed its latest returns, which are for 2017, at the end of last September. That was one year after they were due.

Despite the drop in income, the trust's six management staff got a slight pay increase - with wages totalling more than $600,000 all up.

An additional $48,000 was paid to employees who are close family members of the management staff.

The situation was so dire that the independent auditors working on the returns, Grant Thornton, raised concerns.

"The going concern assumption is dependent on the Trust continuing to receive donations at a level consistent with previous years.

"These events, along with other matters, indicate a material uncertainty exists that may cast significant doubt on the trusts ability to continue as a going concern."

A DIA Charities Services spokesperson said registered charities were required to file their annual returns within six months of their year-end balance date.

"It is the policy of Charities Services that a persistent failure is when a charity fails to file an annual return for two consecutive years.