It's a family reunion, 100 years in the making. 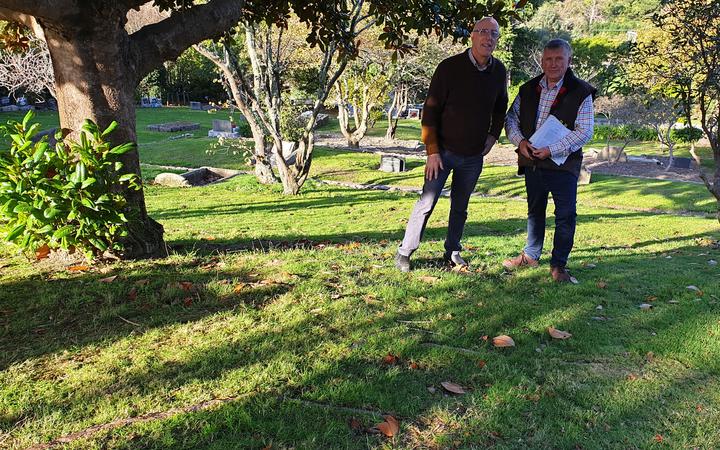 Denis Snelgrove, left, with Allan Dodson who runs the Porirua War Stories site, at the unmarked grave at the cemetery on Kenepuru Drive, Porirua, where his great uncle Willie Snelgrove is buried. Photo: RNZ / Jonathan Mitchell

For just over a century, Corporal Willie Snelgrove has been buried at a Porirua cemetery, north of Wellington, after dying of Spanish flu in December 1918.

But his grave has never had a headstone, so his family has never known where he was laid to rest - until now.

On a peaceful sunny afternoon, the only sounds that can be heard at the old cemetery on Kenepuru Drive are passing traffic, along with the chirps of birds flying around the aged and dated headstones.

Situated near a large tree is a patch of green grass - that on the face of it - looks normal.

But underneath are the remains of a young 20-year-old-man Willie Snelgrove.

It's a big moment for Denis Snelgrove. It's his first time visiting his great uncle's plot.

"Indeed it's a special day for the family.

"The family have slowly been discovering the situation has happened - and they're all very interested," he said.

William Leonard Snelgrove was born in 1890 in England to a big family, as one of 10 children.

He and a couple of other brothers, Bertie and Fred, served in Gallipoli.

In August 1915, Corporal Snelgrove was evacuated to a hospital ship suffering dysentery and defective vision, and a medical board in September recommended he be transported to New Zealand.

He was one of 450 personnel who were sent to New Zealand - arriving in Christchurch - and then moving to Wellington where his older brother Jack and his family lived. 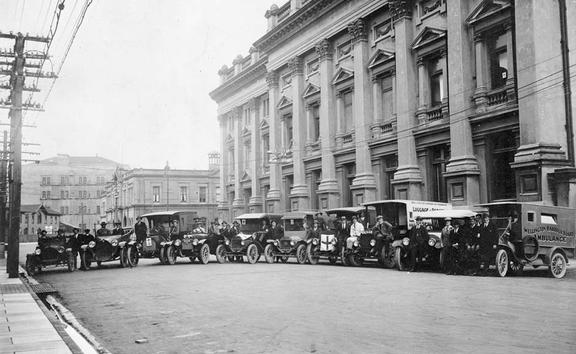 He returned to civilian life in March 1916 after being discharged from the military and worked as a motor mechanic in Porirua.

His life would soon be cut short in 1918 by the influenza pandemicm which killed 9000 people in New Zealand.

This was the death notice in the Evening Post.

"That's the little buzz that I get from contacting families and reconnecting them as you know, often families have no idea.

"They're almost my family now because I walk up and down the cemetery quite regularly to look at various pieces, and I know the various corporals and sergeants and who's got military crosses and things around the cemetery," he said.

"Two graves aside is another another flu victim... and so I knew where he was buried - and then I could come two along to know where Willie's buried," he said.

Allan Dodson said Corporal Snelgrove was one of more than 20 flu victims buried at the Porirua cemetery.

"Look it's over 100 years ago, so I think they must probably had a simple wooden cross to start with, and over time, they have just disappeared.

"And because family weren't around to maintain the graves... it's just gone," he said. 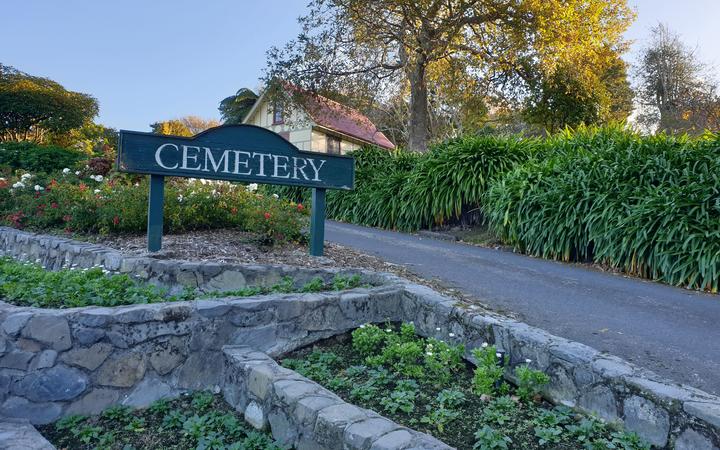 In an unusual twist, Corporal Snelgrove's great nephew - 68-year-old Denis - has worked only a few hundred metres up the road at the Institute of Environmental Science and Research, or ESR, for twenty years.

He now has a special reason to stop by.

"We've requested a copy of his medals and we will wear those for him on ANZAC Day... perhaps on his birthday, we might pop in and just say a few words and leave maybe a flower or two," he said.

Mr Dodson - with support from Denis Snelgrove and his family, are working with Porirua City Council and Veterans' Affairs to get a commemorative plaque made.

Corporal Willie Snelgrove will finally rest in peace - with official recognition of his war time efforts.