One hundred years ago this Sunday (11 November) the First World War came to an end when a truce was signed between the Allies and Germany. 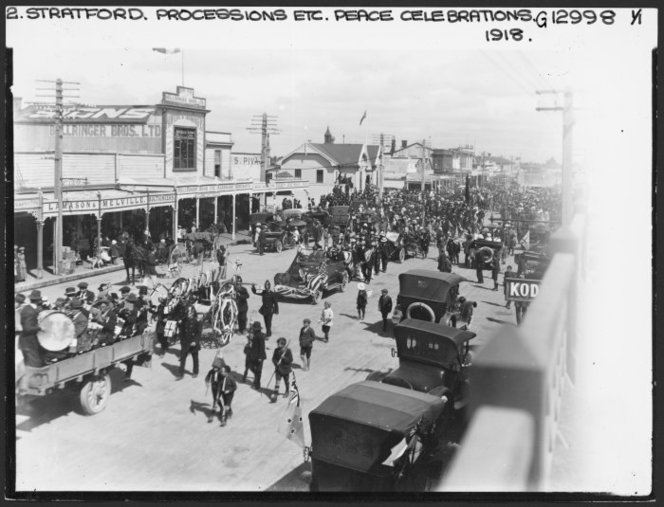 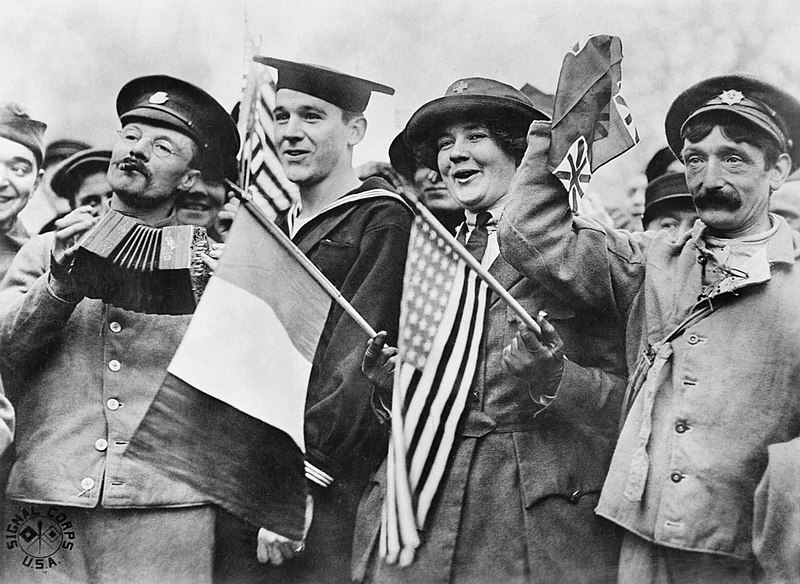 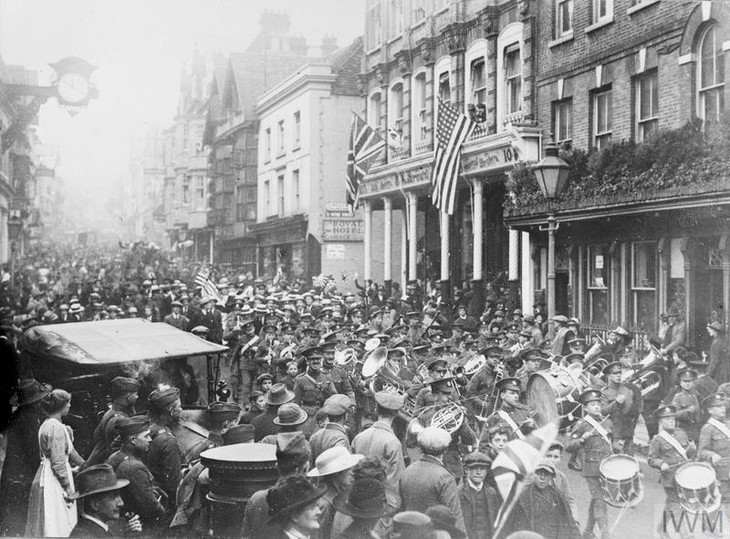 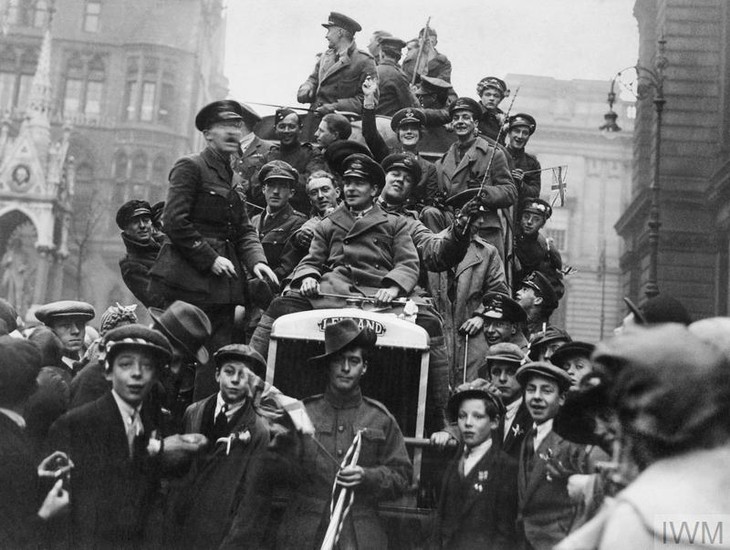 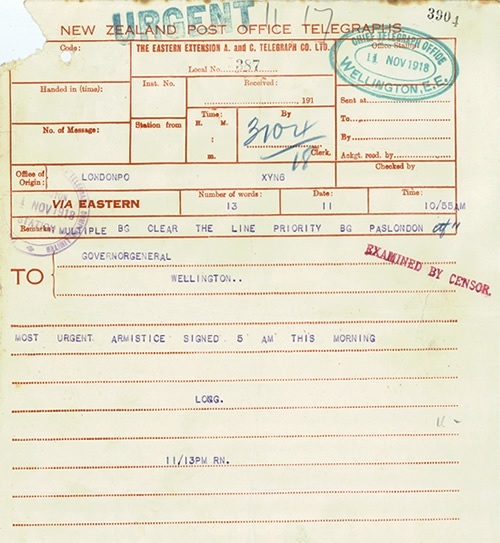 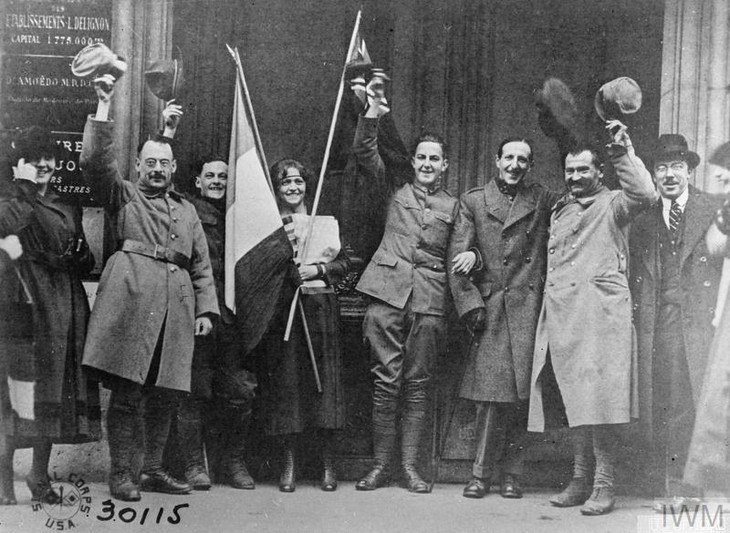 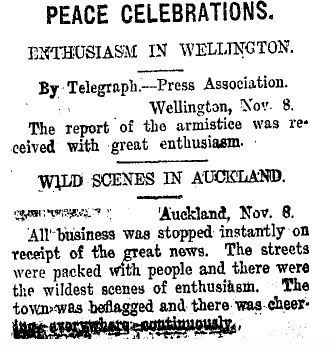 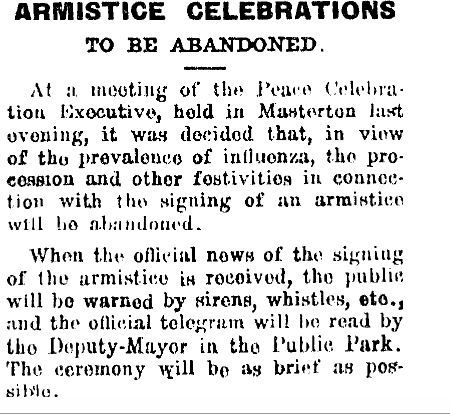 To mark the centenary, people around the world will honour the immense loss and hardship of that war with a two-minute silence at 11am NZ time.

A “roaring chorus” (te Korihi Whakaharuru) will follow, in which people are invited to toot car horns, ring bells, sirens and generally make a lot of noise – echoing the celebrations 100 years ago.

"There was lots of fake news flying around, and on the 8th [of November] a false armistice was declared. Rumours came out of the United States that Germany had signed the armistice but it wasn't true and people in New Zealand started celebrating."

According to the recordings held by Ngā Taonga Sound & Vision, New Zealand soldiers in the field had quite varied reactions to the news.

"Last week we heard from men who were at Le Quesnoy who said they were so tired. They just looked at each other and said 'What do you think of that?' Although the Māori Pioneer Battalion remembered dancing with the French civilians."

The liberation of Le Quesnoy 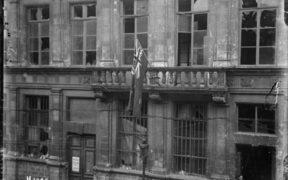 This Sunday, commemorations will take place here and in Europe to mark the liberation of the French town of Le Quesnoy, by New Zealanders in World War I.  Audio, Gallery

As news of the armistice came, a large-scale influenza epidemic was taking hold of the country, Sarah says.

New Zealand newspapers carried big headlines about 'Peace!' but also advertisements for influenza medicine and, in some towns, notices saying that there would be no public celebrations because of the epidemic. 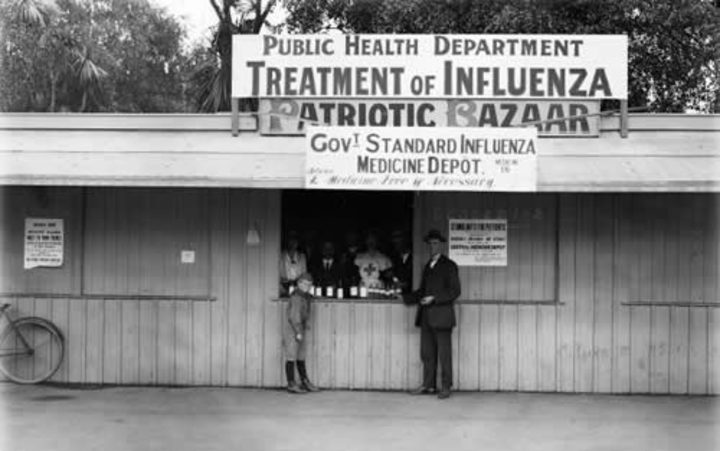 First cut: NZ soldier George Thomas talks about receiving and writing down the original armistice message and reads from it

"Shortly after 8am on November 11, 1918, that's when New Zealand army telegraphist George Thomas was one of the first New Zealanders to learn that officially, after four long years, the war was at an end," says Sarah.

In northern France, George received a telegraph message in Morse code that an armistice with Germany had been signed at 5.20am that morning.

He jotted the message down in pencil.

During a radio interview in the 1960s, George proudly showed the interviewer the original telegraph message and the pencil he'd transcribed it with over 50 years ago.

"This priority message came – all hostilities must cease at once.

When it came to hostilities going to cease, well, I don't know, it sort of gave you an attack of the jitters.

You didn't know whether you were writing it down properly or not. "Hostilities will cease at 1100 hours." Of course, the army timing is always in 100s.

Troops will stand fast on the line reached at that hour, which will be reported by wire to 3rd Army.

Defensive precautions will be maintained there will be no intercourse of any description with the enemy until the receipt of instructions from army headquarters."

George was originally from Blenheim, but according to military records, he worked for the Rotorua post office before the war and perhaps in the Wairarapa after the war, so the telegraph message and pencil could now be anywhere, Sarah says. 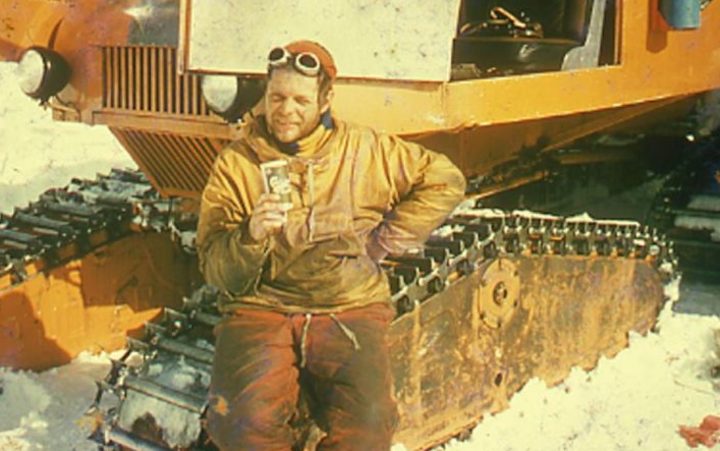 The armistice was so much expected in the days leading up to 11 November that the men were not too surprised, Leslie writes.

"My dear Dad and Mum, well, you dear good, long-suffering home folk of mine, it's come at last and after all, it came so quietly.

I doubt if anywhere in the Empire the great news was more calmly received than here at New Zealand base depot in France.

It was expected and there was only a vague fear that something might go wrong and as the hour approached for their decision, yes or no, the air was full of suspense - a whistle, a distant cheer, anything unusual, and the whole camp jumped as if it had been shot.

And then as paper after paper arrived and still no word, everybody tried not to show their disappointment."

Eventually, the good news was confirmed, and Leslie and his comrades celebrated with buns, chocolate and a sing-song.

Third cut: Jim Forsyth of Christchurch, who served with a Scottish regiment in France, reports there was high excitement when news of the armistice came.

The senior officers plied the colonel with questions, the juniors danced a fantastic reel the scene was indescribable.

Men who hitherto had been noted for their quiet demeanour were burbling incoherently to anyone who cared to listen.

One old-timer threw his arms round my neck and kissed me while someone with a fist like a ham kept thumping me on the back.

An elderly member of my gun team kept saying 'God, is it really true? I just can't believe it I thought the blessed war would never end. Back to the wife and kids, eh? Hell, it's just got to be true.'

And it was true. After four years of senseless savagery, peace at last."

Fourth cut: Edward Dowsett of Auckland, a conscientious objector, recalls hearing the news in his prison cell, and singing 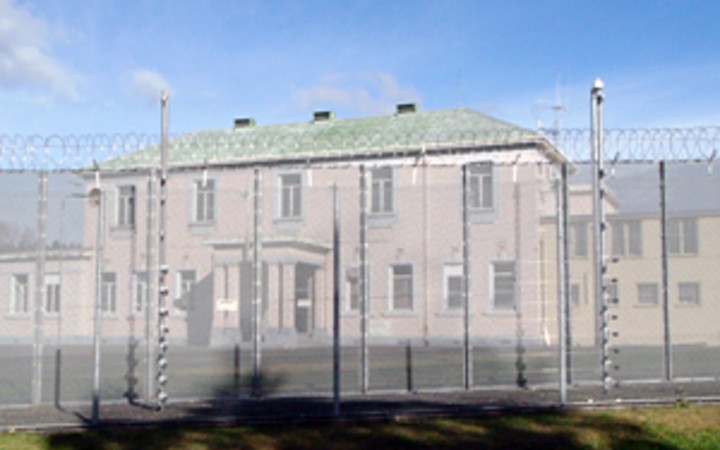 Edward Dowsett refused to fight in the war because of his Quaker faith. He was at Waikeria Prison serving a two-year sentence with hard labour when he heard the news.

Even after the war had ended, Dowsett had to stay in jail and serve out the final 10 months of his sentence.

"We were told by the warders and given a holiday, which meant being shut up in our cells all day. My first thought was one like everybody else of immense relief. My immediate reaction in my cell was to break the law and sing.

And I sang Edward Carpenter's poem England, arise! the long long night is over, then I began to wonder whether it really was.

And I suppose my next thought was the hope that we had learned our lesson and wouldn't be such fools as to again embark on a wide-scale war or for that matter any war at all.

Soon the knowledge of what went on at Versaille made me realise that many of my hopes were, at any rate, going to be long deferred."