A new office building in central Christchurch's main shopping precinct has many serious flaws in its earthquake design according to three leading engineering companies - including one in a government-commissioned report. 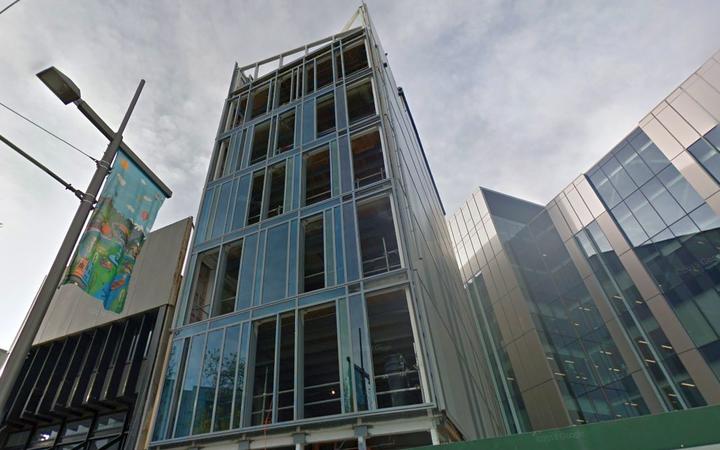 The building at 230 High Street, Christchurch, during its construction. Photo: Google Maps

Construction of the seven-storey building at 230 High Street carried on even after the city council was first warned in December 2017 by engineering firm Aurecon of its concerns about "the adequacy of the design of the primary structural framing", according to a report leaked to RNZ.

All the warnings have so far been behind closed doors.

The leaked report - from engineering firm Beca to the Ministry of Business, Innovation and Employment - said the narrow, glass-fronted block at 230 High Street has:

Construction of the office block largely finished last year, in an area where many buildings were damaged or demolished in the 2011 quake.

It was meant to be the headquarters for a property development group, Rockwell, with a cafe on the ground floor. But it sits empty.

The Christchurch City Council had approved the structural design, which was also okayed by Miyamoto International NZ, a US-New Zealand engineering firm based in Wellington.

But after Aurecon blew the whistle, the council then called in Holmes Consulting for another opinion. Holmes also faulted the building.

The engineer who designed it, Joo Hyun Cho of Seismotech Consulting in Christchurch, told RNZ it was all a matter of a difference of engineering opinion. 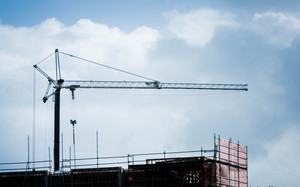 The city council last night said its senior structural engineer had reviewed all reports about the building, including Beca's, and was "satisfied that this is not a dangerous or earthquake-prone building".

"Naturally, given events in the city over the past nine years, public safety is of paramount importance," said Leonie Rae, council's manager of consenting and compliance, in a statement.

A final Building Code compliance certificate has not been issued.

MBIE is now considering Beca's report. It has to issue a final ruling, called a Determination. This will then pass the ball back to the council on what to do next.

MBIE has not yet commented.

Beca told MBIE that out of the 11 issues raised by Aurecon, "we have concluded that seven do not comply".

Beca added three additional concerns, and stated: "In our view the design calculations do not demonstrate the building foundations comply" with the basic standard, known as B1/VM1, for meeting seismic performance requirements.

Mr Joo told RNZ the building was safe, would perform in an earthquake and was compliant.

The other engineers had not made a detailed assessment, he said.

"They reviewed and they assessed in very short time."

He is a chartered professional engineer, and has been a registered engineer since 2008; he said he got his degree from Canterbury University several years ago, after coming to New Zealand in about 1990 from Korea. He worked for nine months in 2016 for Rockwell.

He had not been paid yet for all his work on 230 High Street while the building's owner waited for the MBIE Determination, Mr Joo said.

He had helped design "five or six" other multistorey buildings, including in Tauranga and New Plymouth, while working for other companies before going out on his own in 2016.

He had had no problems before and was surprised at what was happening.

Rockwell director Hyang Kim did not respond to an approach from RNZ; nor did the main contractor at 230 High Street, DW Construction.

Rockwell's website says "the quality and the differentiation of Rockwell's product is key to our success and quality is inherent in everything we do, from planning to construction to delivery".