The opening Mt Ruapehu's new $25 million gondola has been delayed, despite the final towers being installed. 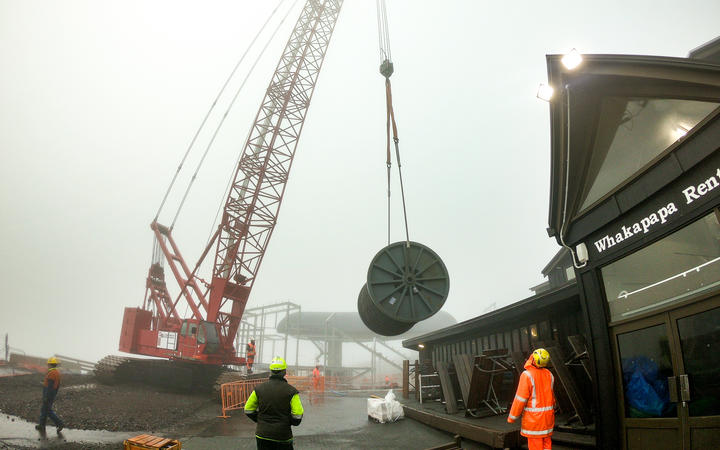 A 48,000kg spool for the gondola rope being lifted into place. Photo: Supplied 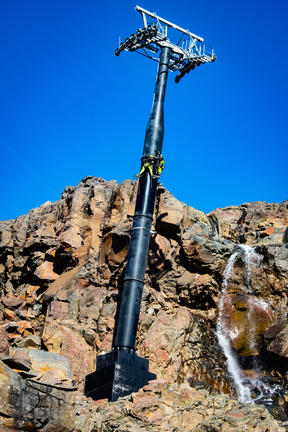 Whakapapa general manager Jono Dean said the opening date had been moved from the beginning of June to the end due to the ever-changing mountain environment.

This is expected to coincide with the opening of the upper mountain.

Installing the final two towers for the base of the gondola's pathway had been tricky with limited room to operate excavators, but the site was ready for the haul rope to be installed, Mr Dean said.

The gondola is part of the $100 million reinvestment strategy announced by Ruapehu Alpine Lifts, a public benefit entity that operates the Whakapapa and Tūroa ski areas on Mt Ruapehu.

About 2400 people are expected to be transported per hour from the Top of the Bruce base area directly to the Knoll Ridge Cafe, covering 1.8km in five minutes