People in four of the main centres are protesting racism this afternoon by sharing stories, prayers and testimony about the damage it has on their lives.

The protests come after the terrorist attack on two mosques in Christchurch on 15 March.

The idea for a rally was first raised at a public forum in Christchurch's Cardboard Cathedral four days after the mosque attacks. Today here have been gatherings in Auckland, Wellington, Christchurch and Dunedin. 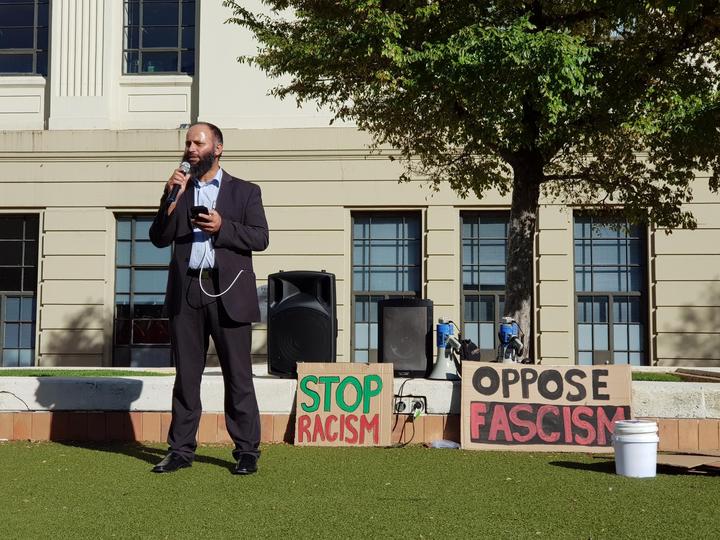 Tahir Nawaz said racism was stopping people from getting jobs they are qualified for. Photo: RNZ / Michael Cropp

At the Wellington rally in Civic Square, the president of the International Muslim Association of New Zealand and Imam of Kilbirnie Mosque, Tahir Nawaz, said the daily prejudice of racism was stopping all people from living their best lives.

Mr Nawaz explained that racism was stopping people from getting jobs they were qualified for, which was bad for everyone. 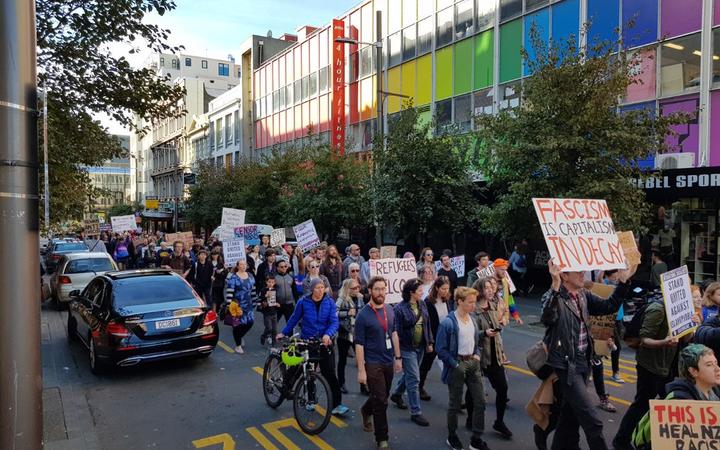 In Christchurch, protesters walked from Victoria Square to the Bridge of Remembrance, spreading the message that it is among communities that racist extremism tries to take root.

One of the event's organisers, Paul Hopkinson, said the turnout was a real "show of solidarity". He said after taking the time to grieve about the mosque attacks, people needed to change society so similar attacks would not again happen.

"I think there is obviously real support towards changing the the hatred that exists with some people in our community.

"There's an acknowledgement that it does exist in New Zealand, that we can't hide from the fact that there's been structural racism here against tangata whenua since the start of white colonization, and that it continues against many other ethnic groups." 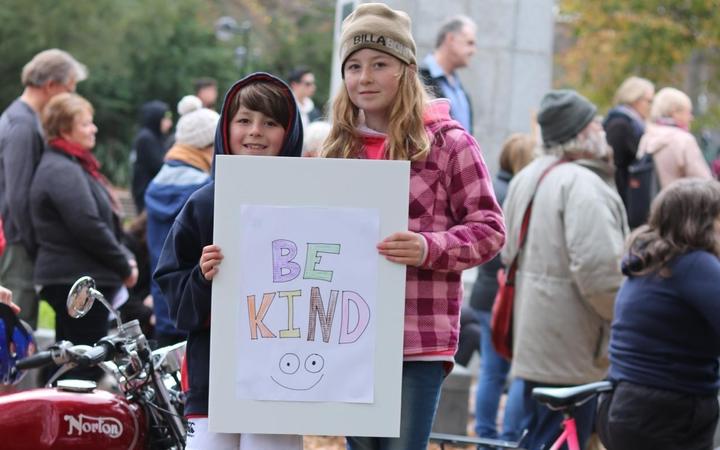 Christchurch midwife Sheena Ross was also at the protest, having seen the ongoing effects of the mosque attacks among women she worked with.

She said her and her family recognised they could not simply move on from the mosque attacks without "walking, talking and fighting" for change.

"It still matters; it's still really important. None of us can sit down and and just let it be." 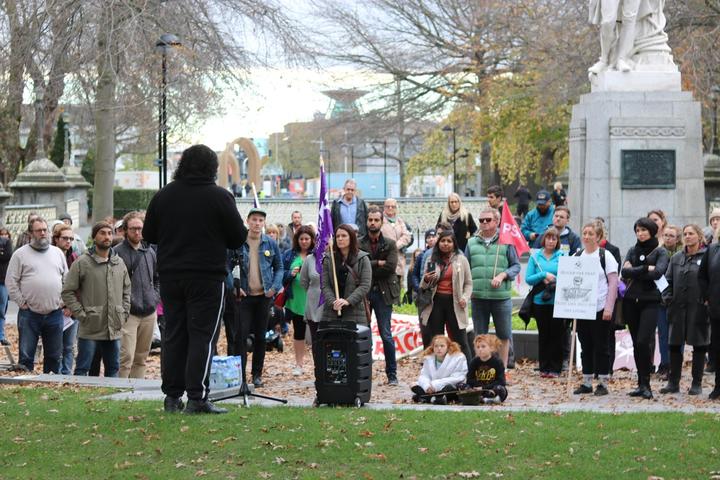 The rally's organisers, Together Against Racism Christchurch, are also planning a one day forum on 29 June.