It's boom times for the Auckland Screen Industry with permit applications to film in the region set to reach an all-time high this year. 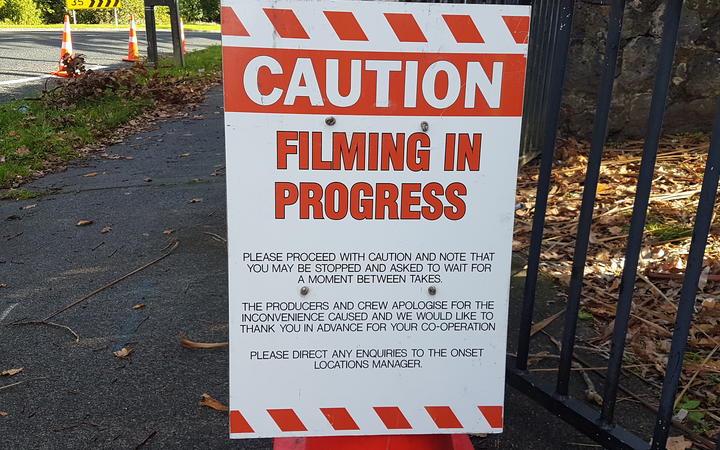 It's all go for the Auckland Screen Industry. Photo: RNZ / Joanna MacKenzie

While permits are only one marker, studio space is also booked out for movies and tv shows created for streaming services like Netflix and Hulu.

Local drama Westside is one show that is contributing to the boost in film permits.

This week it was filming on location in Western Springs, with 45 cast and crew taking over a house and a nearby carpark for the make-up, wardrobe and gear trucks. 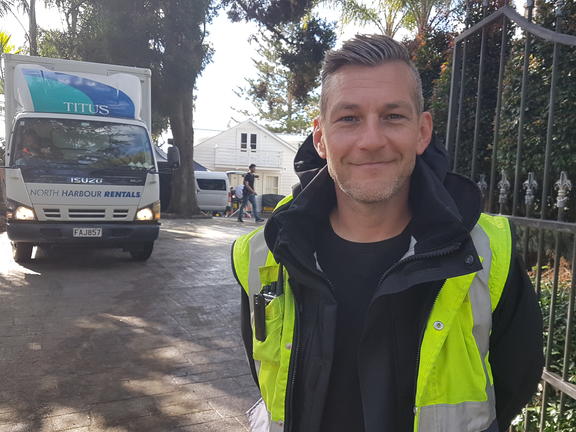 "There were times where there would be a bit of downtime between productions but for the last while it's been consistent, one is rolled pretty much right after the other."

"A couple of overseas jobs that I've been part of, and then you know, local drama, local content," he said

The wealth of work has allowed those in the industry the luxury of planning.

"It can allow people a little bit of foresight and you can certain teams might want to invest in equipment which they can then you know, get on to jobs.

"And when there's lots of jobs, you know, it's easy to do that but if you invest a lot and the work's not there yet, you can be left high and dry," he said

The high turnover of projects was a situation being keenly watched by Auckland Council's economic development arm, ATEED, which worked behind the scene to bring productions to the city.

Its screen manager, Michael Brook, said while the industry had been in rude health for some time, it was now stepping up a gear.

"We're actually extremely busy, probably the busiest we've ever been which is fantastic."

"We had a record two years ago of over 600 payments, and a bunch of other things that were also happening so we were looking after about 1000 shoots, and we've almost exceeded that already and we've got three months ago (until the end of the financial year)."

And there could be more work if Auckland could accommodate it, he said.

"At the moment, we've got definitely enough projects to fill more studio space so it's something we're working really hard on."

"And we're working really closely with industry, which is a much more collaborative approach to make sure that whatever happens works for everybody," Mr Brook said.

A studio working group of industry members and the council meet regularly to talk about what support is needed.

That includes the future of the council-owned Auckland Film Studios in Henderson, which needs to be decided by 2022.

The council's property arm, Panuku, said in a statement to RNZ that it was looking at options to extend the film studios future beyond that year. 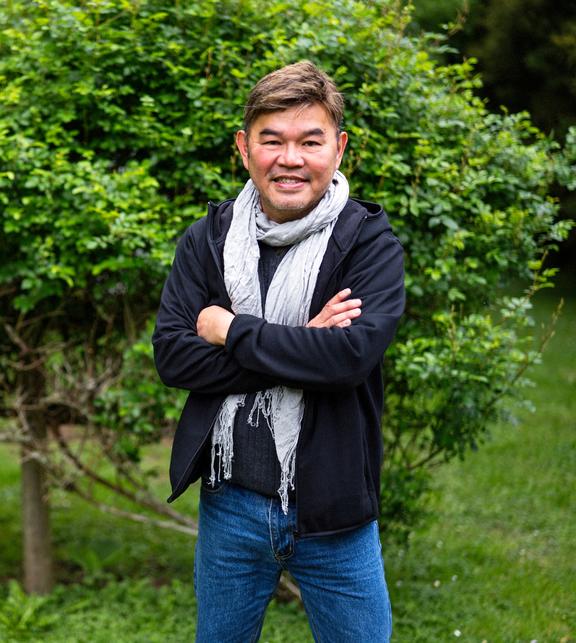 That was welcome news to prop maker Phil Gregory, who's based near the studios.

"I think that's just amazing news. We were kind of fighting to keep that open because there was a point a couple of years ago talking about selling it off so housing."

"So that's really good news I guess, industry doing but the so yeah, we need more space," he said.

Alex Lee, chair of Auckland Film, which advocates for the industry, said certainty around existing facilities was good but the work didn't end there.

"We need to continue to invest in the screen industry so that we will continue to be relevant because no one wants a dinosaur in their shop."

"We all want the latest, we want the ones that are going to make difference and make our projects - and the work that we do the best is in the world," he said.

With major international projects consistently being brought to Auckland, and more in the pipeline, the challenge also remained to nurture and support New Zealand's own film makers, Mr Lee said.