Seeing me, Seeing you, diversity on NZ screens

Are films about the migrant experience made by migrants themselves? That’s the question Dr Arezou Zalipour started researching in 2011, and her findings came as quite a surprise.

Very few films were even made about New Zealand migrants in 2011, says the Associate Professor of screen production and cultural studies at AUT. 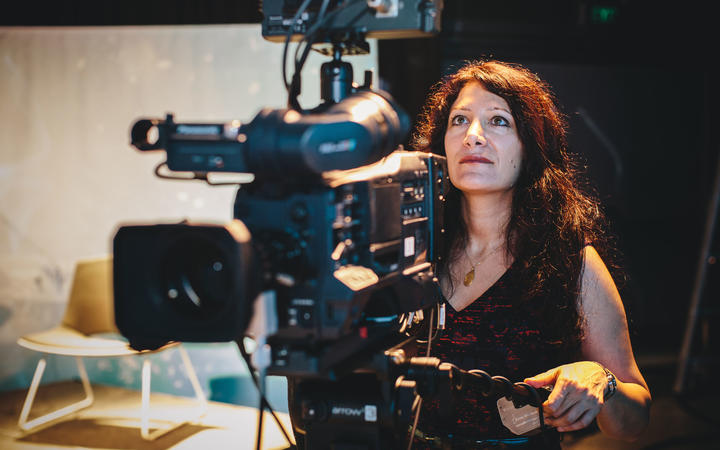 “Since 2011 we can be quite pleased to see that there had been healthy signs of films made about migrants by migrants in New Zealand and there have been supports available for them as well to some extent.”

But, there’s always room for improvement, she says.

As part of her research, Zalipour spoke to a range of filmmakers from a range of ethnic backgrounds.

Among the first was Helen Wong.

“We sat together at waterfront in Auckland and I’ll never forget what she said; ‘thirty years ago, a lot of us, we never imagined that we should see our faces on a screen and now 30 years past on and we have Rosanne Liang in 2011 when she made her film My Wedding and Other Secrets which focuses on Chinese family, from Chinese background, tensions between second generation and the first generation migrants living in the whole notion of marriage, interracial marriage, and related topics.”

These filmmakers told varying stories, others spoke of being a one-person team.

There are a range of barriers to telling stories, similar to film industries in other countries. Budget is a big one, and conversations about how we create opportunities for people to work together is important, Zalipour says.

“So that’s a really positive point in New Zealand filmmaking… which is actually quite different from other instances we can see in Australia or other countries.”

But, Zalipour says, the model works, and it doesn’t work.

“It works in the sense that ok, we’re moving forward, but in terms of making sure that all ethnicities are involved, there is still room for improvement.”

She also spoke to the New Zealand Film Commission and in 2011, there was no defined policy or guidelines for migrant filmmaking.

Things are shifting and Zalipour is cautiously optimistic about the space that’s being carved out for migrant ethnic film making in New Zealand.

But, she says, we still need to make a conscious effort to supporting, encouraging and creating mentoring opportunities for people of all backgrounds, regardless of the demographic makeup of the country.

“These decisions should not be made on this cultural hierarchy in a sense, that ‘ok we have more percentage of this group of people, we should have more funding for them first’ rather than opening the opportunities and having conscious effort by identifying different filmmakers or talents from different ethnic groups.”

It’s about recognising audiences as well, she says.

“As a person looking at the screen, would I expect to see something about me being represented?”

Dr Arezou Zalipour’s research has resulted in a book, Migrant and Diasporic Film and Film making in NZ.