The UN Secretary-General has issued a monumental challenge to New Zealand youth: defeat climate change and ensure technology is used as a force for good. 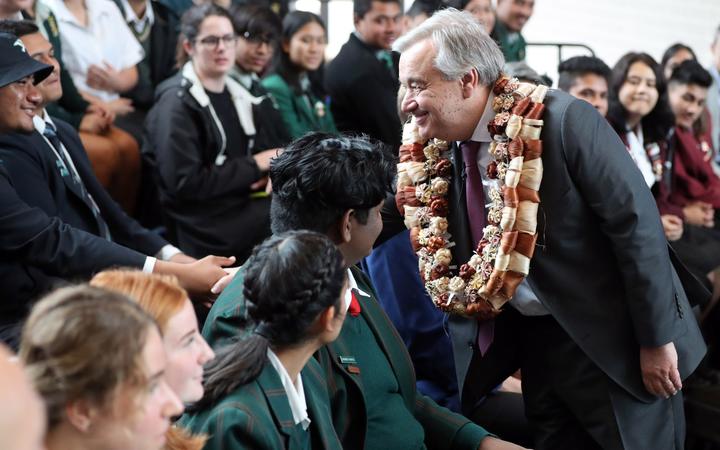 Antonio Guterres visits a Muslim country during Ramadan every year and decided to come to New Zealand to pay tribute to the courage and resilience New Zealand's Muslim community has shown in the wake of the mosque shootings.

The visit comes as Prime Minister Jacinda Ardern travels to Paris to co-host the Christchurch Call, where world leaders and technology companies will attempt to stop social media being used to promote and organise terrorism, as was the case with the live-streaming of the Christchurch atrocity.

Addressing students at the Auckland University of Technology in Manukau today, Mr Guterres expressed his concern about the speed at which the internet and other technologies are advancing - too fast for the world's lawmakers to keep up.

"The internet is used by criminal organisations, by terrorist organisations. Hate speech moves like wildfire through these instruments and we need to be able to stop this," he said.

"In the past, when we have a problem of this kind, there would be a process of discussing an international convention and it would take four or five years for the convention to be approved. But things are moving so quickly that by the time a convention is approved it's too late." 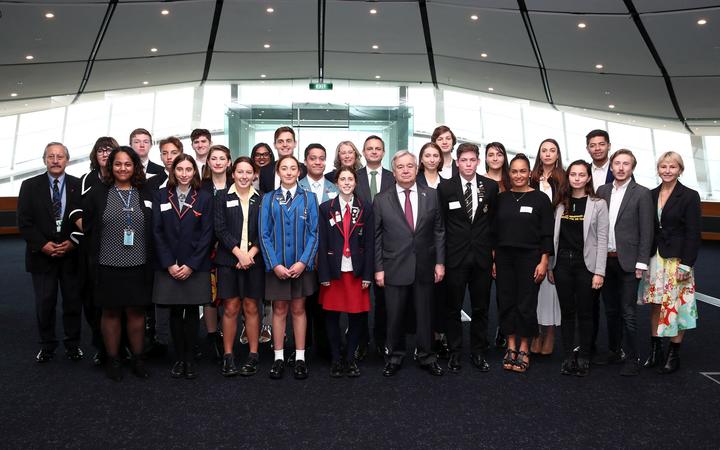 Mr Guterres also spoke about artificial intelligence and the risks it poses, as well as the opportunities it could bring.

This included the advent of autonomous weapons, which he said should be banned.

"Can you imagine what it would mean for terrorists to hack autonomous weapons that are able to select their targets and to kill without human intervention?"

He said his hopes rested on young people.

"This is the moment when you need to establish the rules, the norms, the principles to allow for this fantastic technological revolution to be a force for good, not to be a danger for humankind," he said. 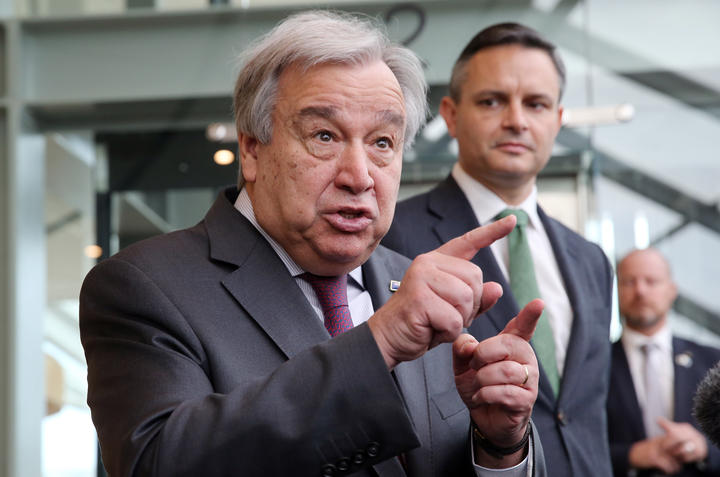 Mr Guterres also expressed his disappointment at the world's governments in tackling climate change, which he said were still subsiding fossil fuels by trillions of dollars every year.

"It is absolutely unacceptable that taxpayers' money is used to boost hurricanes, is used to spread drought, to spread heatwaves, to bleach corals or to make glaciers recede."

He said it would be an "absolute disaster" if the global temperature rose by more than 1.5 degrees Celsius by the end of the century, stressing the importance of achieving carbon neutrality by 2050.

He laid out a simple vision for achieving carbon neutrality.

"First, shift taxes from salaries to carbon. We must tax pollution not people," Mr Guterres said.

"Stop the construction of new coal plants by 2020. We want a green economy not a grey economy in the world."

Mr Guterres praised the leadership that New Zealand - and its young people - have shown in tackling climate change.

"Governments are still afraid to move forward. They hear the costs of climate action, forgetting that the costs of inaction are much bigger." 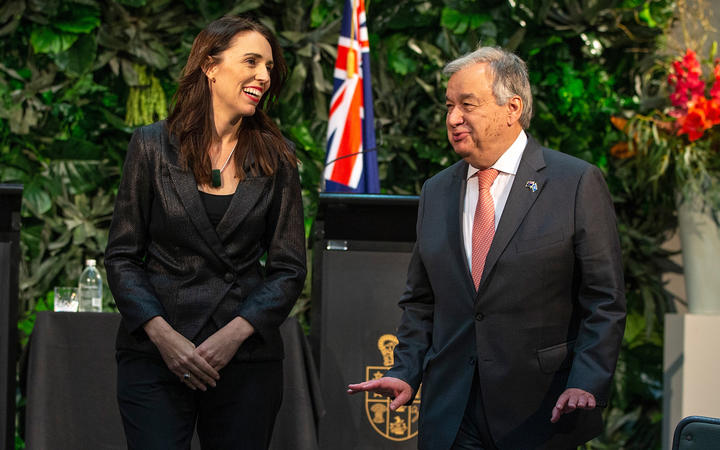 He described his visit as one of "solidarity and gratitude".

He said the government's recently released climate change objectives were in line with what the global scientific community regarded as "essential".

"I don't think there is any other region but the Pacific with the moral authority to tell the world that the world needs to abide by what the scientific community is telling us."

The government's Climate Change Response (Zero Carbon) Amendment Bill aims to limit global warming to no more than 1.5 degrees Celsius and to build a country and economy that can cope with the changing climate.