A grandmother convicted of the manslaughter of her eight-month-old grandson has been told that while she is not a bad person, she's someone who has made very bad choices. 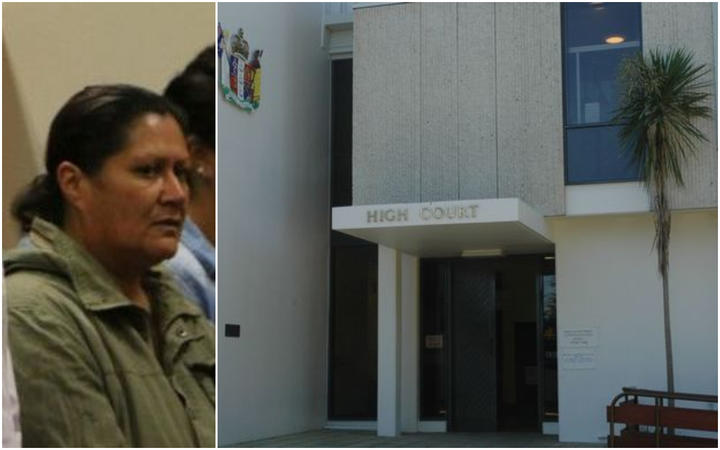 Isaiah Neil died after being left in a hot car for two hours while his grandmother, mother and father were inside smoking synthetic cannabis in November 2015.

Fifty-four-year-old Donna Parangi was today sentenced to two years and six months in jail for the baby's death.

Parangi was found guilty following a High Court trial in Hamilton in March. It was the second time she had been in court for Isaiah's death.

At an earlier trial she was convicted by a jury but that was later overturned on appeal and a retrial ordered.

Crown lawyer Hayley Sheridan told the court that a sentence starting point of up to five years was warranted. She said Parangi played an active role in looking after the boy and was in a position of trust.

"The Crown also relies on the vulnerability and defencelessness of the deceased and given his young age at just over eight months old he was entirely dependent on the adults in the household to protect him from harm."

Parangi's lawyer Susan Gray said her client was remorseful and that she deeply regretted the loss of her grandson.

"This case is very sad, sad because Isaiah lost his life, sad because he was much loved and cherished and nobody wanted or intended for this to happen.

Ms Gray went on to say that Parangi had made real changes in her life.

"She is deeply remorseful. She shortly after this event stopped smoking synthetic cannabis and has not smoked it since."

Ms Gray told the judge that Parangi's life had almost been destroyed because she felt so remorseful.

"Her losses as a result of the events of that day are extreme. She has suffered loss in every single aspect of her life for which she is enduring and not in a self-pitying way and she is trying to get back on track so that she can be there for other people."

The court heard that Isaiah was left to sleep in a car in full sun with the doors and windows shut. Estimates of the temperature inside the car range from between 40 and 45 degrees.

Justice Fitzgerald told Parangi that she had led a blameless life until the boy's death.

"You are hard-working and until recent times you have often been the primary bread-winner for the family and at least when you have not been under the influence of synthetics you have stepped in and tried to help your daughter as much as possible with her children.

"You are not a bad person, you are a good person who has made some very bad choices."

The judge said that while she accepted Parangi was extremely remorseful she pointed out that she did not accept her actual role in causing the boy's death.

"Given your lack of insight into your actual role in this offending, your continued rejection of the jury's verdict and suggestion that others are wholly responsible for Isaiah's death,

I cannot give you a discreet discount at least for remorse."

Isaiah's mother, Lacey Te Whetu and his father Shane Neil had earlier both pleaded guilty to their part in his death and were sentenced to jail. Te Whetu was jailed for three years and Neil for 10 months.