The prime minister has revealed more details about her engagement to Clarke Gayford. 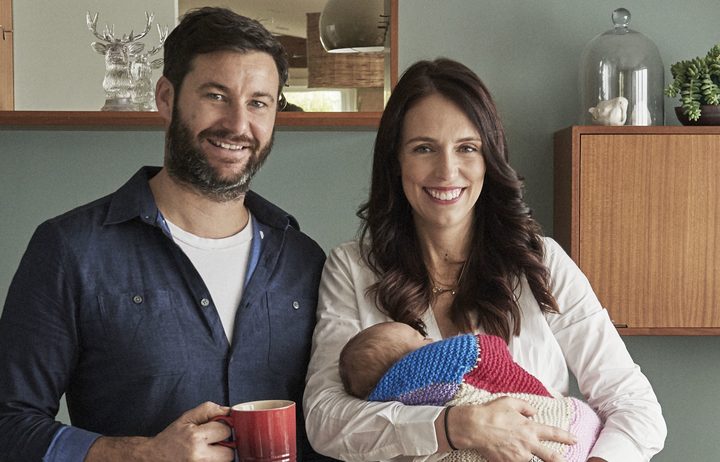 Prime Minister Jacinda Ardern with her partner Clarke Gayford and their child Neve in the Auckland home in 2018. Photo: Supplied / Jacinda Ardern

News of their engagement broke on Friday, after Jacinda Ardern was spotted wearing a diamond ring on the middle finger of her left hand.

Ms Ardern told reporters at her weekly post-Cabinet press conference that Mr Gayford popped the question question while they were on holiday in Mahia over the Easter break.

"We were up the top of Mokotahi Hill, which is a beautiful little outlook in Mahia.

"It was Clarke, myself, a member of the DPS - so very intimate - a couple of locals from Mahia, and a dog which then tried to eat the chocolates that Clarke had brought me at the same time," she said.

Ms Ardern was reluctant to give away too many details about the proposal.

"This is a very public job and I'm quite happy to put quite a bit of ourselves out there but there are some things that I wouldn't mind keeping for ourselves", she said.

When asked if Mr Gayford got down on one knee, she said that even the DPS had no idea what happened, so that should be a bit of a give away.

"I have not been trying to hide our news from anyone, it simply doesn't fit on the right finger, that's why it's sitting in the middle".

The couple had made no decisions, and wouldn't say whether the public could expect an election year wedding.

"I was surprised by the question, and as with probably many couples that means we haven't made many plans, in fact any plans at all", she said.