Prime Minister Jacinda Ardern and her partner Clarke Gayford are engaged to be married. 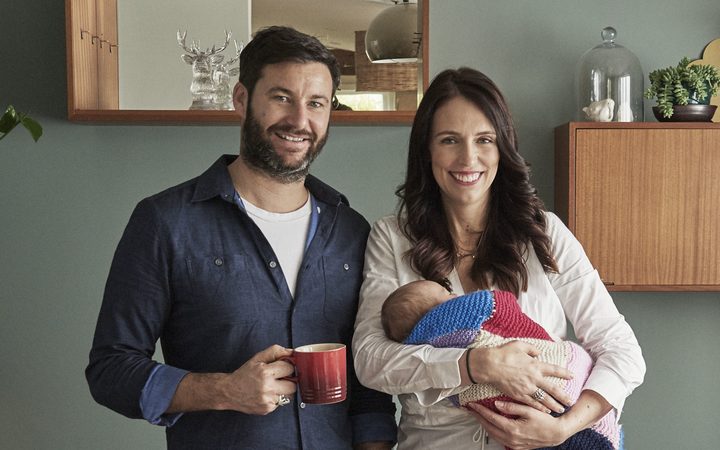 A spokesperson said the pair got engaged over the Easter break.

Ms Ardern and Mr Gayford first met at an awards event in 2012.

A spokesperson for Ms Ardern wouldn't confirm any details, other than that the pair got engaged in Mahia over the Easter holidays.

In an interview with BBC last year, Ms Ardern was asked whether she could imagine proposing to Mr Gayford, her response was that she wanted "to put him through the pain and torture of having to agonise about that question himself".

National leader Simon Bridges has tweeted that he and his wife Natalie, extend their 'congratulations to the PM and Clarke on their engagement'.

Congratulations @jacindaardern and Clarke from Mary and I! Baby Neve is going to make an adorable flower girl!

Natalie and I extend our congratulations to the PM and Clarke on their engagement.

Mr Gayford has been the girl's stay-at-home father.

It was only the second time an elected world leader had given birth while in office, the first time being former Prime Minister of Pakistan Benazir Bhutto, who was elected Prime Minister in 1988 and in 1990 gave birth to her second child. Prior to her, Queen Elizabeth II gave birth to Prince Andrew in 1960 and Prince Edward in 1964 after her ascension to the throne in 1952. Queen Victoria, Catherine the Great and Cleopatra also became mothers while being leaders of their states.

The birth made international headlines, as did the child's presence at the UN General Assembly in September.

Mr Gayford is a television personality who is currently presenting a fishing documentary show.

Ms Ardern was named by Fortune magazine as the second-greatest leader in the world, partly because of her response to the Christchurch terror attacks on 15 March.

The magazine also recognised how Ms Ardern refused to speak the accused's name and was swift in making moves for a ban on semiautomatic weapons of the kind used in the attack.

She was widely recognised for opening speeches with Arabic greetings and wearing a head scarf in solidarity and respect for the Muslim victims of the attack, 51 of whom lost their lives.