A moa's egg, the calls of long-extinct birds, a chance to create your own tsunami, and much more, will soon be on display at Te Papa museum. 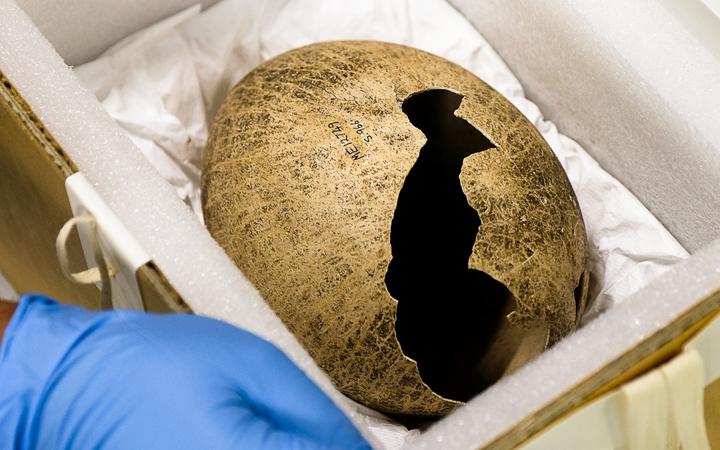 This moa's egg from Wairau Bar is one of the museum's most precious items. Photo: Te Papa/Jack Fisher

It replaces the old, original nature zone, and is the biggest change the museum has seen since it opened in 1998.

Despite all the changes, some old favourites, the colossal squid and the earthquake house, are still part of the show.

Te Kōhanga Nest is the heart of the exhibition, and inside are images of birds, and the sound of their bird song.

It includes birds that are extinct, endangered, and thriving, and their calls.

The songs of extinct birds have been created using science and written or verbal accounts of how the bird sounded. 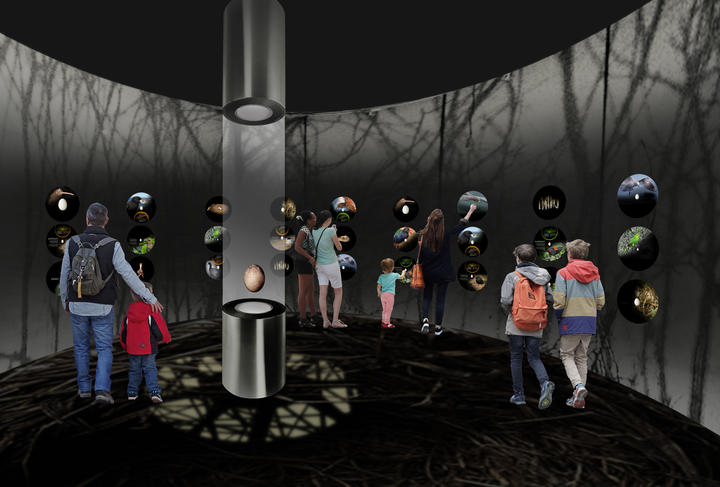 Te Kōhanga is designed to make people think about the birds that have been lost to extinction, and the ones just hanging on, curator Colin Miskelly said.

"We've lost more than 55 species of bird since people arrived in New Zealand less than 1000 years ago, and Kōhanga Nest is a chance to see some of those, and also see some birds that are on the brink, and some of the ones that are doing really well."

Te Kōhanga is also where visitors will be able to see a moa egg - one of the museum's most precious items. 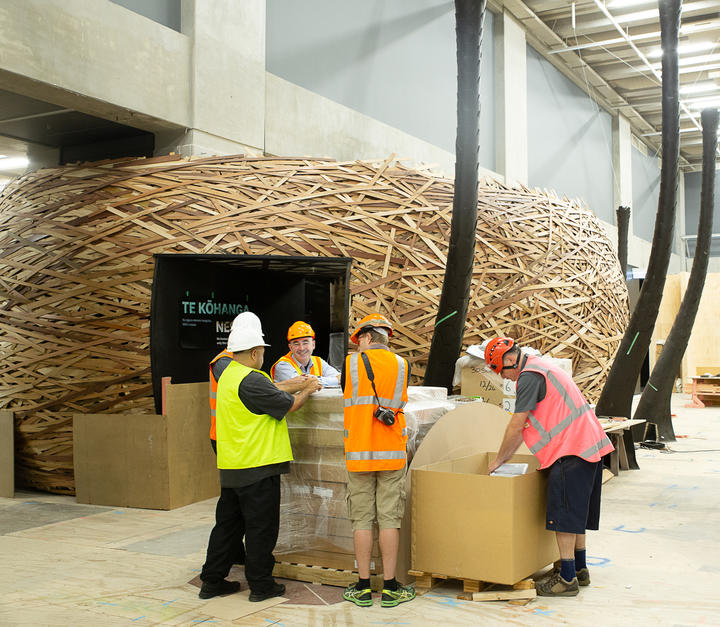 As well as highlighting New Zealand's unique creatures, the exhibition also delves deep beneath the earth's surface to look at how the land was shaped.

Volcanologist Graeme Leonard is part of the team that helped create a visual reproduction of the eruption that created Lake Tāupo.

It belongs in the Whakarūaumoko Active Land section of the exhibition, which includes a spruced up version of Te Papa's beloved earthquake house.

"It's really describing and interpreting and showing off the amazing landscape of New Zealand, New Zealand is an extremely active place, and it's very beautiful as a result and it also comes with some perils, some hazards, from that."

The difference between this exhibition and the last, was the new science that's involved in what's displayed, he said. 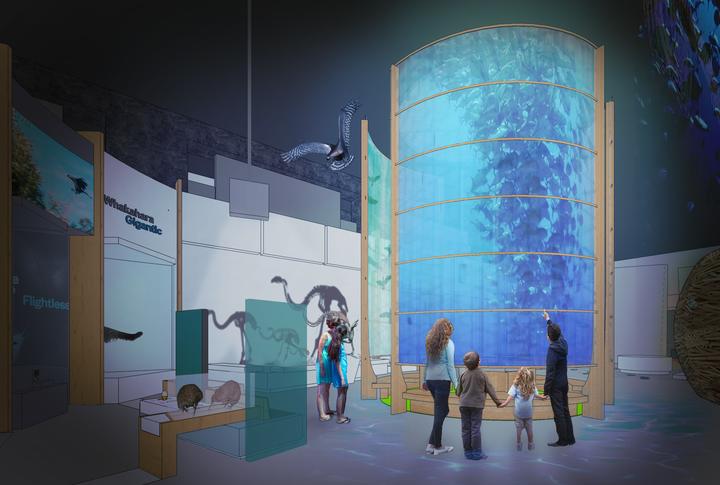 An artist's impression of an exhibition in Te Taiao Nature at Te Papa. Photo: Te Papa

The exhibition was designed to strike a sense of wonder and curiosity in the world around us - and encourage an emotional connection to it, head of experience, design, and content Frith Williams said.

"We are looking at quite a lot of tough topics, like climate change, quite scary topics, water quality, these things that are pretty confronting.

"Our challenge has been to do that in a way that sends people out of the museum with a sense of hope and a sense of what they can do, rather than going home more worried than they came in."

There are more than 1200 specimens on display in the exhibition, including birds, moths, fish, and moa bones, one of which will be available for people to touch.

Frith Williams said another key difference between old and new was making sure Matauranga Māori, was embedded throughout.

Māori concept developer Brad Haami said Matauranga Māori, the knowledge of the natural world accumulated by Māori since they arrived here, is alongside the science in the exhibition.

"The overarching theme in the exhibition is Matauranga Māori and science walk together, tell the same story but they may tell the story differently and the outcomes may not be the same but at least we have a number of voices telling the story about different parts of nature."