More than 170 schoolmates of a Whangārei girl who died of meningitis have been vaccinated today after the community raised funds to protect them. 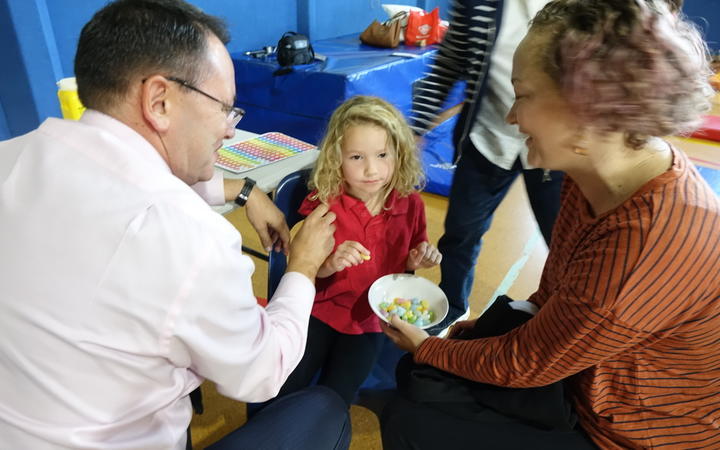 Alexis Albert, from Hikurangi Primary School, had just turned 7 when she was fatally infected with the new W strain of meningococcal disease last July.

Health authorities launched an emergency vaccination campaign in December, offering free vaccinations for those most at risk, the under-fives and teenagers.

But Hikurangi parent Alysha Howie said that left low-income families like hers in an awful position: her pre-school son was protected with a free shot, but her 6-year-old daughter wasn't eligible.

Ms Howie was among dozens of parents supporting their children this morning, as they queued for the community-funded vaccinations in the school hall.

"This is such a relief," she said. " We couldn't afford to do the second vaccination, which really pulls at your heart-strings, thinking one can, but one can't; that was really hard."

The vaccinations cost about $100, done privately by a GP.

The Hikurangi community raised $6000 for the meningococcal vaccine, and Whangārei Rotary raised the remaining $11,800. 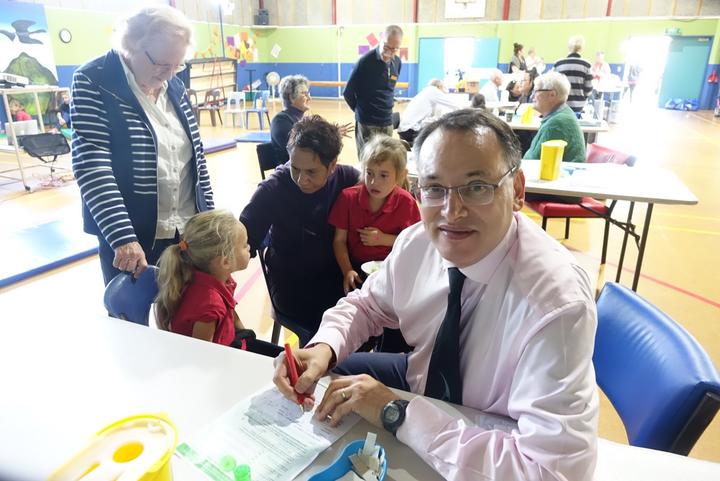 Whangārei MP Dr Shane Reti says the Ministry of Health has been too restrictive in the vaccinations it will fund. Photo: RNZ / Lois Williams

Whangārei MP Dr Shane Reti, who has campaigned for free vaccinations for all children, was one of the team of medics at the school today to administer the free shots - and jellybeans to comfort the small patients.

"I think the Ministry of Health should have chosen the option to vaccinate all children under 20," he said.

"We've already had a meningitis case this year - a seven-month-old baby about two weeks ago here in Northland and we're not even into winter. That bodes poorly and I have concerns which is why we're here today," Dr Reti said. 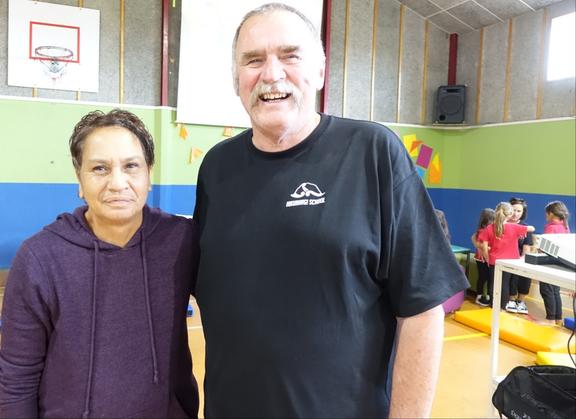 Hikurangi woman Shona Whitehead, who led the fundraising drive for the vaccine, was there to support her twin granddaughters as they had their shots from Dr Reti.

"We started fundraising about six weeks ago because of all the families with multiple children who couldn't afford to go private," she said.

Only about nine parents had declined the offer of free shots for their children.

"The response has been amazing, from Rotary and the locals and generous offers from people from all over, outside Hikurangi as well".

Hikurangi principal Bruce Crawford said the vaccine fund was slightly short of its goal of $20,000. He was hoping all those who had offered help would follow through with donations.