The national immunisation body says parents sometimes fear vaccinating their children based on anecdote and mistrust. 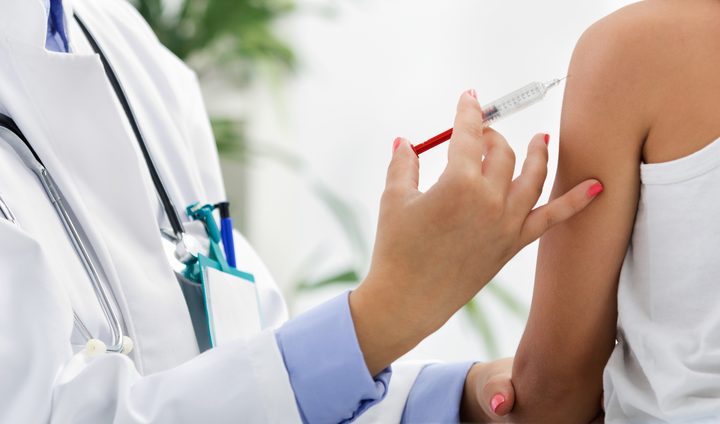 Northland DHB is rolling out a free emergency vaccination campaign for young children and teenagers against the W meningococcal strain. Photo: 123RF

Northland District Health Board is appealing for any parents who oppose immunisation to reconsider their views, after three deaths in the region from a new strain of meningococcal disease.

The DHB is rolling out a free emergency vaccination campaign against the disease, starting next week. Free immunisations will be offered to those aged nine months to four years, inclusive, and those aged 13 to 19 years, also inclusive.

Immunisation Advisory Centre director Dr Nikki Turner told Morning Report it is arguable whether the vaccination programme should have started a few weeks ago.

But the board had done well to access vaccine, which is in short supply internationally, she said.

Dr Turner said parents are not stupid or anti-vaccination, but some have real fears that need to be recognised and addressed.

"There are pockets of people who do not trust health authority advice, so my question will be why are we scared of health authorities? Do we not think they're offering the best science advice they can, internationally and locally?

"And what is going on that there's groups of people who just do not trust what we consider to be the best, most up-to-date health advice we have?"

Sometimes people worried about things such as needles or considered negative anecdotal information about vaccinations and this could build up into a fear, she said.

"It's not that people are stupid or anti-vaccination, often they just that they have fears that we haven't recognised and addressed well."

Nationally the number of invasive meningococcal disease cases remained low, but it has been increasing since 2014.

There had been 10 deaths this year, six due to the W meningococcal strain.

Dr Turner said that they would need to consider putting the vaccination for the W strain of the disease on the national vaccination schedule if rates of it continued to increase nationally.

She said currently national rates were lower than those in Northland.

"So the question is when is it useful nationally to introduce a vaccine? The vaccines don't solve everything, they don't last for life ... there's no one vaccine that covers all types, it will not protect all the people in our community, we will still see deaths."

The vaccination should not be viewed as a silver bullet in dealing with the disease, and there was no easy solution to the disease, she said.

Meningococcal disease would always cause deaths, particularly in young children and those with compromised immune systems who were more vulnerable to it, she said.

Rising public concern about the W meningococcal strain has led to shortages of vaccine for private purchase by parents.

Immunisation experts say publicity has also raised the concerns of parents outside of Northland where the vaccine is being rolled out free of charge, despite a hefty price tag for the vaccines privately.

The drug firm Sanofi is supplying the vaccine Menactra for the Northland campaign and privately through family doctors.

Country manager Alan Carter said it received extra stock yesterday, but high demand internationally and a long production time has made it a struggle.

"We are certainly seeing a big upswing in useage, so we had more stock come into the country yesterday which should be available some time today, but we have been out of stock for a couple of days, we went out of stock I think at the end of last week."

According to the latest Meningococcal Disease Report from ESR there have been 102 cases so far this year, a steady rise since 2014, when 45 cases were reported.

Last year there was 94 incidences of meningitis and eight deaths.

This year, cases of the disease have been reported in all but two of the District Health Boards.

Northland has the highest rate followed by Bay of Plenty, Taranaki and Southern DHBs.