Doctors and emergency departments are on alert for a rare strain of meningococcal disease that has killed six people this year. 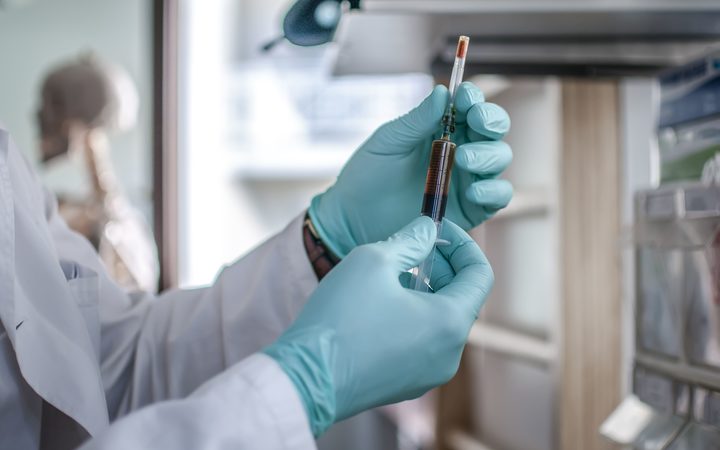 MenB is still the most common but the MenW strain is the one doctors are most worried about. Photo: 123rf.com

The number of cases of group W meningococcal disease (MenW) has doubled over the last 12 months and health officials are at a loss to explain why.

The country was hit with an epidemic of meningococcal B (MenB) in the early 2000s, sparking a nationwide vaccination programme.

Sarah Moore remembered lining up in the hall at her Auckland primary school to get her shots more than a decade ago.

She is now a university student, but as a child, having to get three separate jabs and learning about the disease was scary.

"My parents stressed a lot to me that it was a very serious disease and there was a lot of talk about how you shouldn't share drink bottles," she said.

But a senior lecturer of vaccinology at Auckland University, Helen Petousis-Harris, said the protection from that mass vaccination had faded.

Most people wouldn't be currently immunised against any form of meningococcal disease, she said.

"There would be very, very few people," she said.

"Unless they've been recently vaccinated with one of the vaccines that protect against these types, would they be protected - [but] most people won't be."

Cases of all strains of meningococcal infection have more than doubled since 2014 - with 96 cases so far this year.

MenB is still the most common but the MenW strain is the one doctors are most worried about.

Ministry of Health said normally there could be up to to six cases a year, but last year there were 12, with three deaths, and already this year 24 people had become sick and six of those died.

That included a teenager who died last month after being at a youth camp on Motutapu Island.

Dr Petousis-Harris said it was unclear why the strain was having such a big impact.

"It seems to be ... hypervirulent, so particularly nasty for people who are infected with this strain," she said.

"Why is it increasing? I don't think we really know, it's often the way of ... man versus microbe.

"It just seems to have found a niche and I don't know why."

She said that strain had been increasing elsewhere in the world and now there was a resurgence in Australia and New Zealand.

"We currently don't have it [the immunisation] on the national register, we only have it for private purchase," she said.

"It will take quite a lot of effort for New Zealand to introduce it. I think eventually we do have to consider how to introduce it for certain age groups."

But there was no single vaccine covering all meningococcal strains and the immunisations did not last for life, she added.

"We want GPS and EDs [emergency departments] to be alert to the fact that ... this strain is there at the moment and [to] have a high level of suspicion for the disease and treat appropriately," she said.

Dr McElnay said there were vaccinations for all strains of meningococcal disease but they were not on the ministry's immunisation schedule.

"Those vaccines, at the moment, you either have to purchase through your GP or they are funded for some high-risk groups," she said.

She said the ministry was looking at whether it could make the vaccines more accessible.

Symptoms of the disease included fever, vomiting, a sore neck, sensitivity to light and a rash.