Schools Strike 4 Climate says it will continue to pressure those in power and strike until serious action is taken. 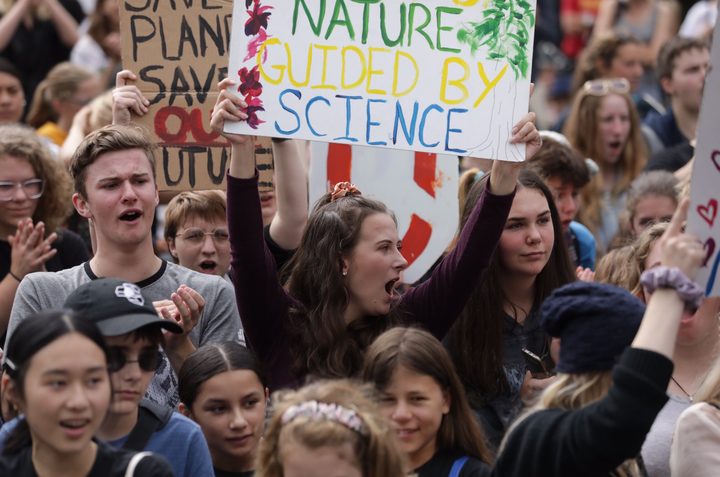 Students around the country took to the streets and Parliament on 15 March, as part of a world movement, demanding urgent action on climate change, and they're now planning a second school strike for 24 May.

While the first protest attracted tens of thousands of supporters, it was overshadowed by the Christchurch mosques attacks the same afternoon.

One of the group's organisers, Raven Maeder, told Morning Report the morning was filled with hope and unity, and by the end of the day their focus and attention shifted.

"For the rest of the world, it was a day to celebrate and for New Zealand it ended up being the darkest day in our history," she said.

"I think everyone that took part on that day became completely focused on mourning along with the rest of the country, celebration didn't feel appropriate ... and the attention went rightly to that tragedy."

But she said it was always the plan to continue to strike.

"Internationally, the School Strike 4 Climate movement is committed to continuing to take action until climate change is treated as the crisis that it is, and currently we're not seeing that taken seriously by our government as well as governments around the world," Ms Maeder said.

"Just yesterday we were extremely disappointed to see the government opening new land in Taranaki for potentially drilling oil and gas there, and that's just not in line with meaningful action on climate change." 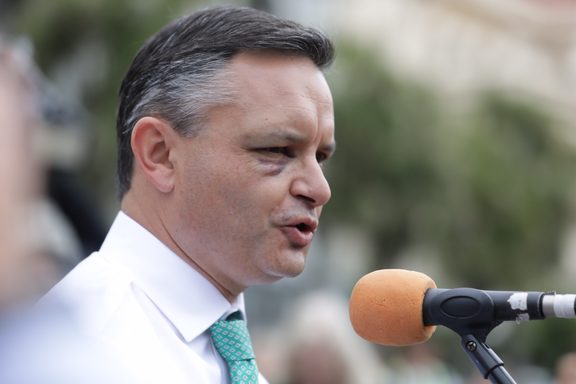 Greens Party co-leader James Shaw turned out for the schools' climate change strike, despite being injured in an attack the day prior. Photo: RNZ / Rebekah Parsons-King

She said while the group was committed to working with political parties and community leaders for change and solutions, they would continue to ramp up strike efforts.

"We just will also continue to put on the pressure with the people in power because that's how change happens."

This time around the group is leaving it up to each community to decide how they will spend the day, but are still planning some big strikes for those wanting.

"We know that it's still really close to the tragic event that happened and some people might not feel ready to do something really big, they might feel that a community gathering to plant trees for example is better for them," Ms Maeder said.