A property management company has apologised for asking prospective tenants to enter into a bidding war for a flat it itself describes as "notorious". 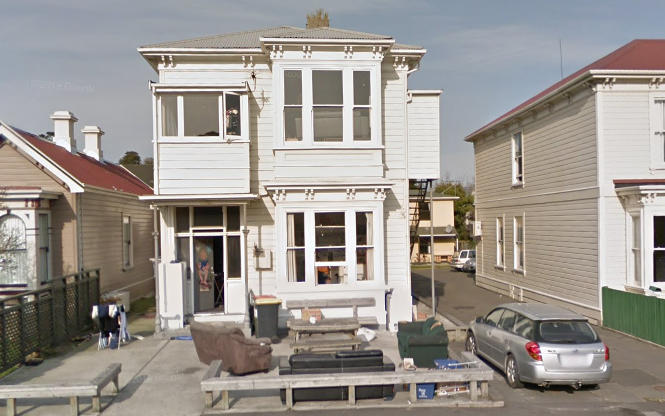 The house in Dunedin which a property management company asked prospective tenants to enter into a bidding war. Photo: Screenshot / Google Maps

After a backlash from Dunedin students, Cutlers Property Management has dropped a tender campaign, saying it "won't try it again".

The bidding war centered around a nine-bedroom flat in the popular student area of Cumberland Street, with the 2020 lease going to the students willing to pay the highest price.

The government is reviewing the residential tenancy act and there is a proposal to ban rent bidding.

A post on the company's Facebook page described the property as "arguably the most notorious flat on campus".

It comes as students battle to secure accommodation in an increasingly competitive rental market.

Otago University Student Association (OUSA) president James Heath said Cutlers removing the tender campaign was a "win" for students, and property managers were known to take advantage of students in the area.

"The way we see it, this process is designed to get the most money out of students possible and playing on the idea of missing out," he said.

"We're looking at a demographic who have never flatted before in their life.

"They don't know what the prices are like and they don't know that actually April is far too soon to be looking at flatting for 2020."

'They're taking advantage of us'

Georgia Mischefski-Gray, 20, flatted on Castle Street last year in a "notorious" flat - one with a well-known name.

"It's quite terrifying to think that they can do this and take advantage of us just because we're willing to pay for the flat," she said.

"It's not just Cutlers, every landlord's just thinking about the money, not students' well-being in the flat," she said.

"They're just taking advantage of us."

Matt Cutler of Cutlers Property Management posted an apology on the company's Facebook page and put a weekly rental price of over $1500 on the flat's advertisement.

In the post, he said the tender process was his idea and he wouldn't "try it again".

However, in an interview with Mr Cutler, it was unclear whether the practice of bidding wars would stop.

He said, "99.9 percent of the time, the best applicant gets the house", but in cases where there were multiple groups of the same calibre, the highest offer won.

Mr Cutler said "tossing a coin [or] asking students for their highest offer" were a property manager's only choices in deciding the successful applicants for a property when multiple groups were of the same "quality".

He said if a higher rental price was settled on, the landlord "might" make improvements to the house to meet the price increase.

Mr Heath said a 'student flatting day' would be held next week, where OUSA will give students more information on how to navigate the flatting process.