The government is being accused of trying to slip through a law change that would essentially decriminalise the possession of class A drugs.

The Police Association said it has concerns about the wording of the Misuse of Drugs Amendment Bill, which states prosecution for possession should not be brought unless it is in the public interest.

A member of the Law Society said he could not think of any situation when that would be the case.

National Party drug reform spokesperson Paula Bennett has said the bill is a de facto decriminalisation of all drug possession. 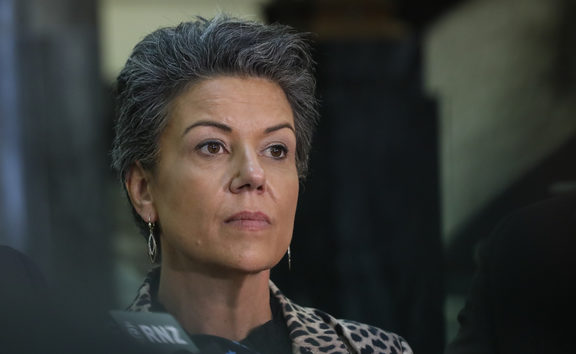 Police Association president Chris Cahill told the Health Select Committee that in large parts he supports the proposed bill, but that it goes too far and is too wide ranging.

"We certainly understand the concerns of classifying these synthetics as Class A and the potential to expose users to further penalties," Mr Cahill said.

"However, we believe that they go too far and the changes create a presumption from prosecution to non-prosecution for all drugs, and for all users, and we think that's too far."

The two main points of contention in the select committee were around police discretion to prosecute for possession of a controlled drug, and the cut off between having the drug for possession or supply.

The proposed changes give discretion to prosecute a possession offence, and says a prosecution should not be brought unless it is required in the public interest.

Mr Cahill said the changes may be aimed at synthetic cannabis, but would spread to other substances like methamphetamine.

"We submit that if there is a wish to decriminalise drug use, then that needs to be debated publicly, rather than slipped in under a discretion, which we believe [this bill] does."

Prime Minister Jacinda Ardern defended the wording of the bill during her bridge run.

She said it did not decriminalise the possession of illicit drugs.

"It still stays within our Misuse of Drugs Act," she said. "There is still discretion for the police in there.

"There will be a number of circumstances that we can't necessarily account for where the police may find that, for someone who holds enough for it to be considered just possession for personal use, where there would be a public interest reason for them to prosecute and that ability remains."

The Law Society's Chris Macklin works as a prosecution lawyer in Rotorua, and was quizzed by National Party MP Michael Woodhouse.

Mr Macklin said he would "absolutely" argue that prosecution should not have been brought before the courts, if he were a defence lawyer.

Asked if, as a prosecutor, he thought it would ever be in the public interest to prosecute someone for possession, Mr Macklin said he couldn't.

"No, I can't on the spot now conceive of that."

Mr Macklin said the Law Society was concerned about the discretion given to police in the Act.

"The society acknowledges wholeheartedly the progress that police have made in identifying and addressing risks of unconscious bias in the exercise of their powers," Mr Macklin said.

"But, it cannot remove the risk of such acknowledged but unconscious bias impacting on the exercise of this discretion."

Janell Dymus-Kurei - the kaiwhakahaere of Hapai Te Hauora, or Māori Public Health - said she had been profiled twice this month just because she was Māori.

"We've been running workshops with our health workforce," she said.

"They've admitted, or they've brought to light, that they believe that drug and addiction issues are a justice issue. Now if that's our health workforce, I can only imagine what our justice and corrections workforce believes.

"Discretion creates this huge gaping hole of uncertainty, particularly when we know that Maori are most adversely affected by that."

Submitters were also concerned that, under the law, someone caught with more than 56 grams of synthetic cannabis would be presumed to be supplying the drug.

Mr Macklin said 56 grams was only a few days worth of synthetic cannabis for some heavy users, and so that figure needed to be reviewed.