In five years, scientists have detected more than 130 new types of illicit drugs entering the country. 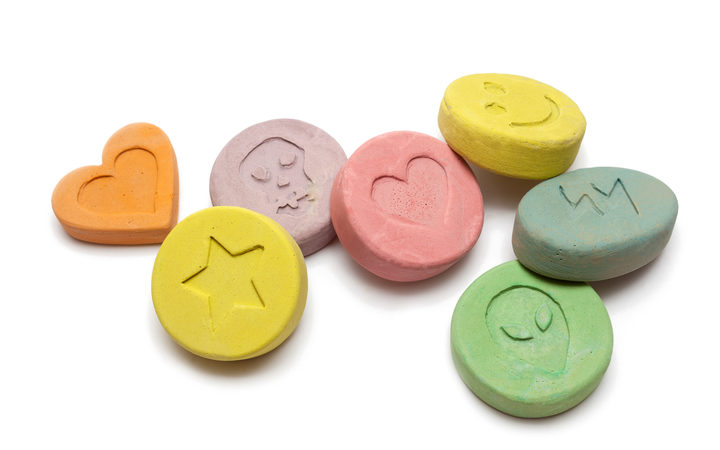 The agency uses an array of different laboratories and tests to find the makeup of drugs and track them coming into the country.

Its scientists found that one new type of designer drug crossed our borders every fortnight between 2014 and 2018, said ESR senior scientist Cameron Johnson.

In the past 10 years, there has been an "explosion of new psychoactive substances" into the drug market internationally.

An average of one new psychoactive substance a week was reported to the United Nations office on drugs and crime between 2009 and 2016 - 730 new drugs, Mr Johnson said.

"New designer drugs change very rapidly, there are lots of different types and along with that comes the challenge in analysing them," he said.

"They evolve so rapidly that drug detection capabilities at times struggle to keep up."

Mr Johnson said the number of new drugs coming into New Zealand was "large and varied," and the risks were unknown as they were largely untested.

Early identification helps to keep people out of harm's way and also helps custom in its work.

Through a collaboration with Auckland University, the team was able to use a sophisticated spectrograph machine to help provide more detailed data about the new drugs.

The study was able to identify about half of the 130 new drugs that had been found at the border.

Many of the drugs can be easily bought online and are then shipped or smuggled into the country through mail or other cargo.

Mr Johnson is now working on a project to help all the ESR labs recognise the new drugs.

"We have our border screening lab, which looks at what's coming across the border through customs' seizures, the seizures by the police that are analysed by the ESR drug chemistry team.

"We see the domestic manufacture of drugs with our clan labs, and we (monitor) drug use in the population through toxicology analysis.

"When we see something at the border, inevitably it's going to be making its way into New Zealand society.

"We want all the drug testing capabilities within ESR to be able to detect that substance that was first seen at the border."