A tourist operator in Hawke's Bay says he will just have to sit tight as the opening of the beach at Cape Kidnappers faces another setback. 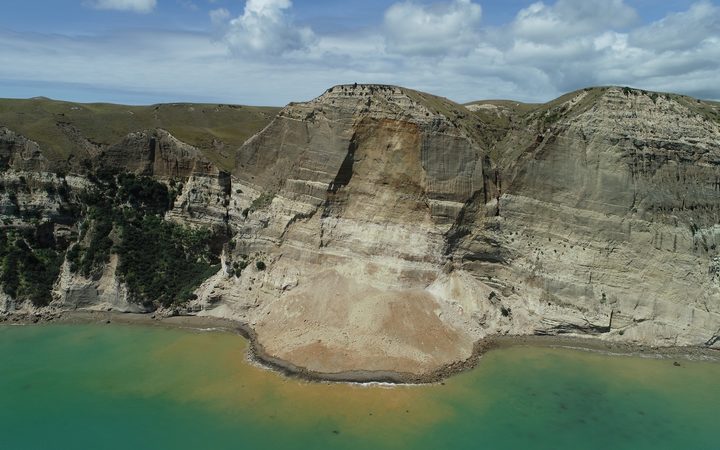 There was a major slip at Cape Kidnappers on 23 January. Photo: Supplied / Hastings District Council

Access to Cape Kidnappers along Clifton Beach was supposed to open to the public next week, but another slip during the Easter holidays has meant the re-opening has been delayed.

The access has been closed since January, following a massive slip that seriously injured two tourists.

It's one of five slips that have occurred since, four of which have been in the same area.

Hastings Mayor Sandra Hazelhurst said the beach was all ready to be opened with the new safety measures, but now they need to gather more information before it can be re-opened.

She hoped a decision would be made in the next few weeks.

Gannet Beach Adventures' owner Colin Lindsay said the gannet season does not start until September, but it's uncertain if the beach will be open by then.

"It's really just a bit of a waiting game, the recent rockfalls aren't of great concern. It's just a normal coastal process that's gone on for a long time.

"It's just a case of now the council is saying they're responsible for beach-users so they have to do all the preventative measures and precautions," he said.

Mr Lindsay said in the meantime they are continuing with their winter maintenance and preparations as usual.