Five LandSar rescuers are helping a hiker down Mt Ngauruhoe tonight after he was stranded in freezing weather near the summit. 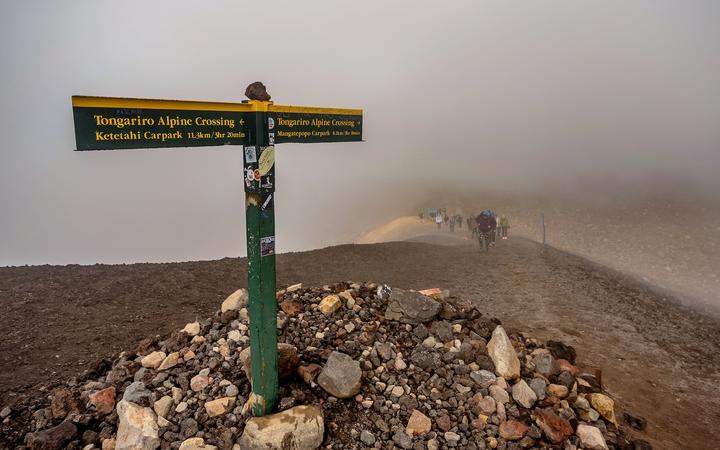 The police say the 27-year-old was one of a group of 14 people from Auckland who set out this morning on the Tongariro Alpine Crossing in the central North Island.

They split into several smaller groups as the day went on.

His friends reported him overdue at 2.30pm when he did not meet them at the Ketetahi carpark as arranged.

The police worked out his location from his cellphone and the Greenlea rescue helicopter was dispatched from Taupō but low cloud prevented it getting into the Mangatepopo Valley.

The first of two Ruapehu Alpine Rescue Organisation teams on foot found the man in zero visibility, strong winds and freezing temperatures just below the summit at 7pm.

The police say he was very cold but otherwise uninjured.