In about three weeks, one man is planning to take on the challenge of running the Tongariro Crossing in under two hours, but with a twist. 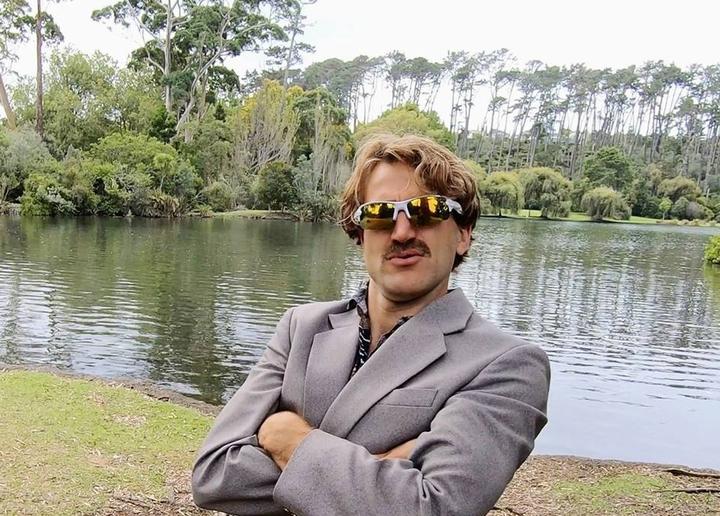 Louis Sammons plans to do his 'Tongariro for the Tamariki' run in a suit. Photo: Supplied

Instead of the usual t-shirt and shorts combo, Louis Sammons will be donning a formal suit to raise money for KidsCan.

"I've walked the Tongariro Crossing a couple of times and I thought it would be a bit of a challenge to run it in a suit," he said.

"I was just planning to make a funny video out of it and then I thought 'oh hey I could also do it for charity as well, that would pretty cool' because then I'd be able to raise some money," he said.

Wearing a suit will be difficult, he concedes. And while he will be wearing a button-up shirt and tie, he has taken the practical choice of allowing himself running shoes instead of blister-inducing formal shoes.

Sammons, who is from Great Barrier Island, hopes the novelty aspect of something different will get people donating.

"I can't think of anything worse to run in so it should be a hoot."

The crossing covers 19.4 kilometres of challenging alpine terrain, and DOC advises it takes about seven to eight hours to walk.

Mr Sammons said he really began reflecting on child poverty while he was living overseas.

One day he saw a New Zealand news story examining lunch boxes at a low decile school in Auckland.

"Just seeing what some kids were sent to school with, you know a lot of the time nothing or just like a bag of chips for the whole day or just like a fizzy drink," he said.

Mr Sammons said that while the Government was doing the best it could, charities like KidsCan were fighting poverty on the frontline.

"At the end of the day everyone deserves a fair shot at life really," he said.

"One in five Kiwi kids aren't getting a fair shot at life because they can't even concentrate in a class because they don't have any food."

Mr Sammons said another driving factor was a connection to Māoridom.

"I'm studying te reo this year and that was a big thing for me coming back to New Zealand," he said.

"I wanted to connect more with the Māori culture and I know that for KidsCan, a lot of the kid's they're helping out are Māori and Pacifica."

"So it's also a seperate inequality issue there that needs to be adressed in New Zealand," he said.

"That's sort of an extra side thing that really motivates me to help out those kids from those minorities that aren't doing as well as others."

Funds can be donated at givealittle.co.nz/fundraiser/tongariro-for-the-tamariki-children