A new way to to experience New Zealand's Great Walks will encourage more people to use the tracks, an engineer who helped create the Google Maps virtual tour says.

The panoramic views of the tracks were launched globally on Google Maps today.

"Our experience has been that when these images get published of places, more people go, more people want to go."

Being able to take a virtual walk made people more excited about the prospect of doing it in real life, he said.

The images were collected with the same camera technology used by Google to map streets.

An 18kg camera was wedged in a tramping pack and used to collect the images - and with access only by foot, Matt Jenke had to trail along the 335km himself.

Previewing the views online ought to be a draw card for international tourists, he said.

"See the absolute stunning Sutherland Falls in the Milford, and be like, 'I wanna go there', and book a flight and come over."

It would also be an opportunity for people who could not physically come to New Zealand to experience the tracks, he said. 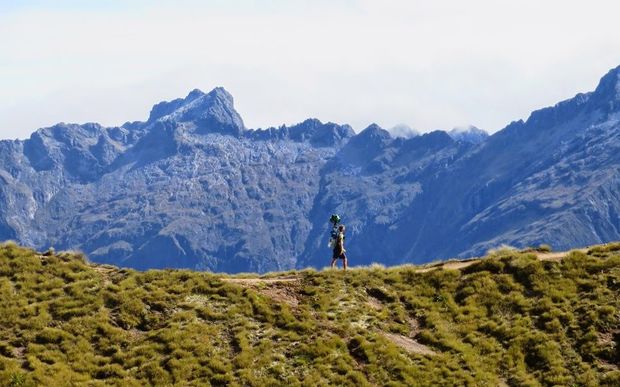 A Google Trekker takes a virtual walk along the ridgeline. Photo: Supplied: Google

Department of Conservation director-general Lou Sanson said the partnership was a great example of the department's contribution to New Zealand's tourism success story.

"Our open spaces, stunning landscape and unique culture are central to how the world sees us. The Great Walks are a huge part of the brand that sells New Zealand and our products to the world, and draws around three million visitors to our shores each year," Mr Sanson said.

The tours would sell New Zealand's brand to the world and bring in more tourist dollars, he said.

DOC hopes that 50 percent of international visitors will come here for nature-tourism - and this initiative should help.

"We tend to over market Milford, and Aoraki," he said.

"We would love people to visit Te Urewera, to go down to Wanganui - these places that tourists don't normally think of."

But New Zealand's biggest tramping group said tourists must not rely on virtual tours and photos before heading out on the trail.

The Federated Mountain Clubs of New Zealand said the tool was a good idea overall, and should encourage more people to try the tracks out.

People could get a skewed impression of what the walks were actually like if they relied on images taken on sunny days before heading out, he said.

While the tracks might be stunning, they could also be dangerous in bad conditions - and people had died doing them.

"Pretty sure that they weren't expecting the conditions they got and you really fear that they're just seeing YouTube clips and photos of everything in good weather, and what they thought was heavy rain for Fiordland was really heavy dew." 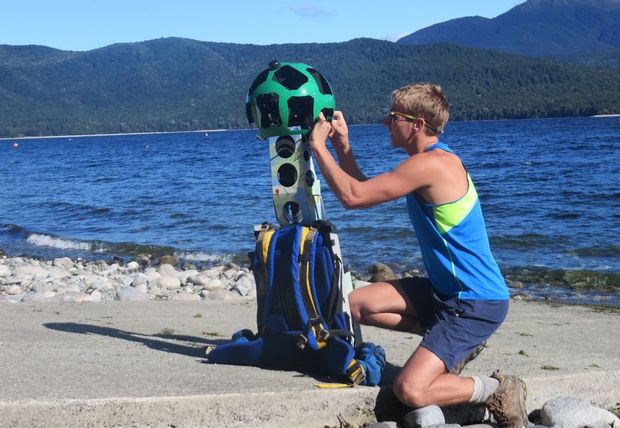 Google teamed up with the Department of Conservation and Air New Zealand to launch the imagery, which was collected during the past four years.

The launch puts the Great Walks alongside other famous natural attractions that have also been captured by Google Trekker including the Grand Canyon, Galapagos Islands and Mt Fuji.