An Auckland widow is taking on the council over the death of her partner who fell into an unfilled tree pit on a Newmarket footpath. 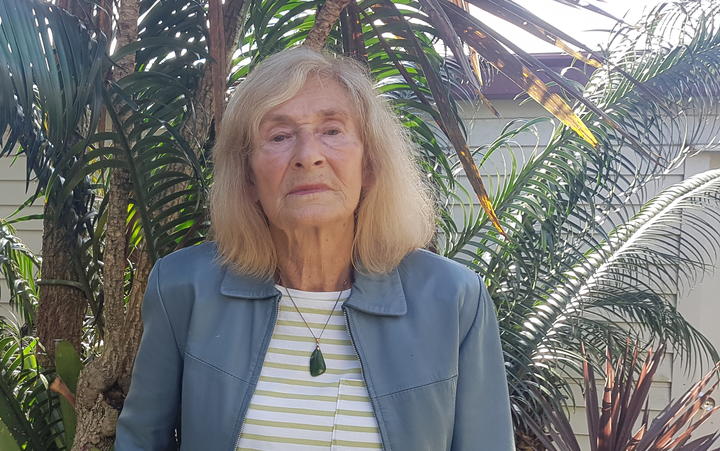 Pat Davidson says her partner died after falling in an unfilled pit on a footpath in Newmarket in Auckland. Photo: RNZ

Bruce Steedman, 88, had just been discharged from Auckland Hospital when he fell into the tree pit and hit his head on a sharp edge last month.

He was rushed straight back to hospital but died 10 days later in hospice. He would have celebrated his 89th birthday yesterday.

Mr Steedman was a keen horticulturist, an avid jazz lover, a passionate reader, won marathons after taking up running in his 40s, and was a loving father and granddad.

His widow and partner of 40 years, Pat Davidson, said she could not believe the council would leave large holes unfilled and uncovered in the footpath, long after local shop owners had complained.

"And the neglect - just to think those shopkeepers have been complaining for so long, that it was an accident waiting to happen."

The Newmarket Business Association has been complaining to Auckland Council for years that the holes are open and dangerous on a busy shopping street.

Days after Mr Steedman's accident, they were all quickly filled with white pebbles and permanent fill is now in place.

Mr Steedman's head injuries were so bad one shopkeeper who rushed to his aid presumed he was already dead.

Ms Davidson said Mr Steedman had called her while in a taxi from the hospital to say he would be home soon, but that was the last time she spoke to him.

Ms Davidson did not know why Mr Steedman got out of the taxi in Newmarket when they live in One Tree Hill, but she imagined he wanted to look at trees he was fond of. 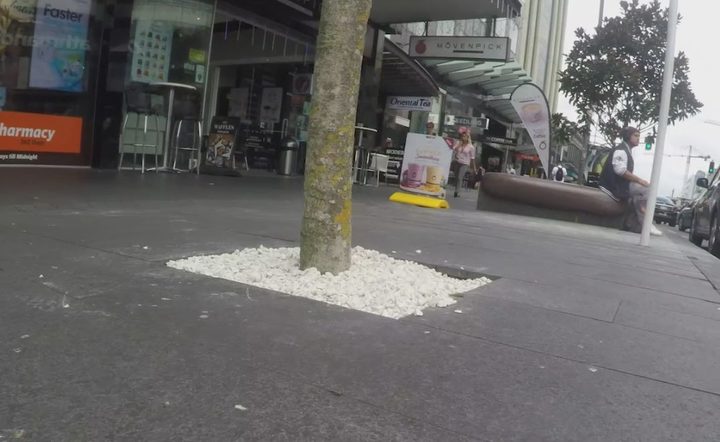 The hole in a Newmarket footpath was filled in after Bruce Steedman fell in it and died of his injuries, says his partner Pat Davidson. Photo: RNZ/ Nick Monro

The couple's daughter, Sarah, said it could have happened to anyone, including a child.

"You can imagine it - all over the news straight away," she said.

"It's just a joke that it took Dad cracking his head open for them to fill them in five days later, after five years of the business association trying to get something done about them."

In a statement, Auckland Council said it was saddened to hear about Mr Steedman and their thoughts were with the family.

Council head of operational management and maintenance Agnes McCormack said because the death is now subject to a coronial inquiry, the council could not comment further.

Ms McCormack said the council tried to contact the family but was unable to.

However, Ms Davidson said they did not try very hard.

"You say you're sorry but what are you doing about it?" Ms Davidson said.

"They might say it in the paper but they have not said anything to us. We've had absolutely no contact.

The family is seeking legal advice and is considering its options.

For now, Ms Davidson wants an apology from the council, an admission they should have done better, and a promise they will not let it happen again.

"What I really want is that the council really do admit they were at fault. I made a promise to myself that I'm not going to give up, and I'm just going to follow it through to the end. And that's that - I shall," she said.