Parts of the cenotaph in Ngāruawāhia, in Waikato, have been damaged and will not be repaired in time for Anzac Day. 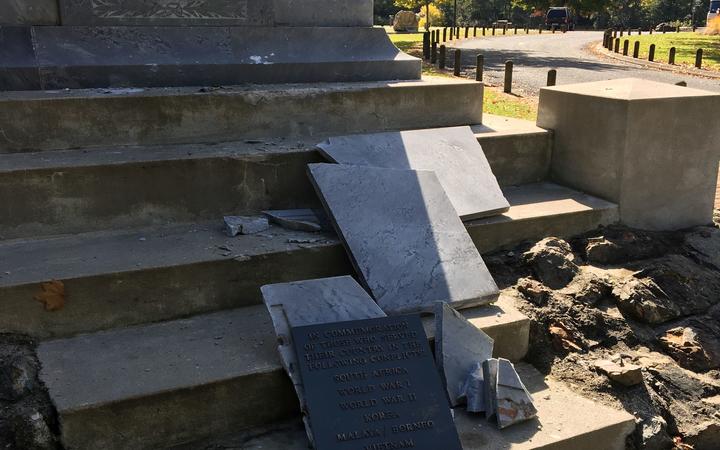 The 2m slab of stone was vandalised, the memorial plaque removed and two bronze wreaths were stolen. 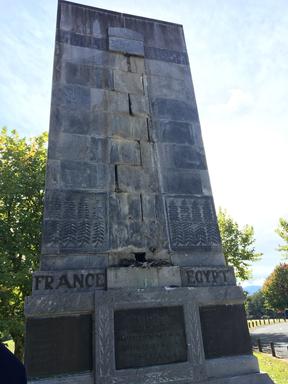 The damage will not be repaired in time for Anzac Day. Photo: Supplied

Waikato District Council spokesperson Megan May said the council had been notified about the damage on Tuesday morning.

It was likely the damage was caused by vandals, as routine maintenance took place regularly and kept the memorial in good condition, she added.

Ms May said repairing the cenotaph would take some time as finding stone that matched the colour of the memorial could be difficult and extra time was needed to cut the stone to size.

"The site will be tidied today and the plaque temporarily reinstated in time for Anzac Day services tomorrow," she said.

Ms May said nothing like this had happened to the cenotaph since its instalment in 1922, and it was disappointing that the vandalism had occurred to an important community memorial, especially right before Anzac Day. 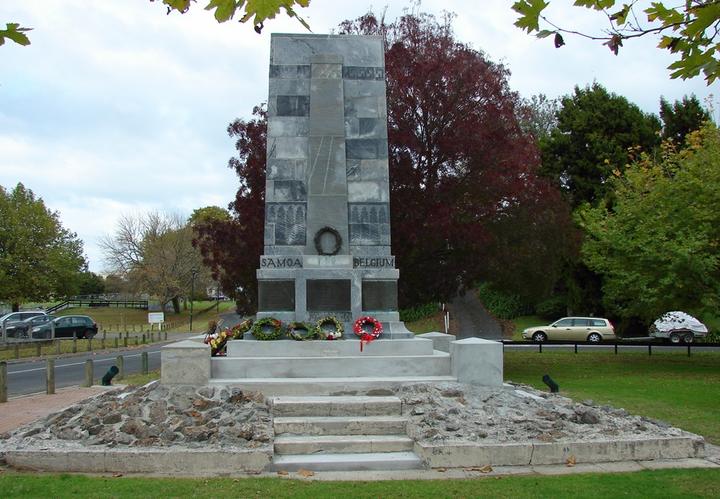 The cenotaph before it was vandalised. Photo: Supplied

"Thanks to the community for letting us know about this vandalism so quickly. Council staff have worked really hard to try and get this repaired in time for tomorrow's service but the work needed to fully repair the cenotaph is both extensive and expensive," Ms May said.

"Those that go to pay their respects tomorrow shouldn't notice much difference and we will work to have the cenotaph fully repaired as quickly as possible."

Police said the cenotaph appeared to have been damaged yesterday morning.

"Police would also ask scrap metal and second-hand dealers to be on the lookout for two distinctive bronze wreaths, believed to have been taken from the cenotaph."