More schools in Auckland are bursting at the seams than anywhere else in the country, but many are making the problem worse by enrolling children from other neighbourhoods. 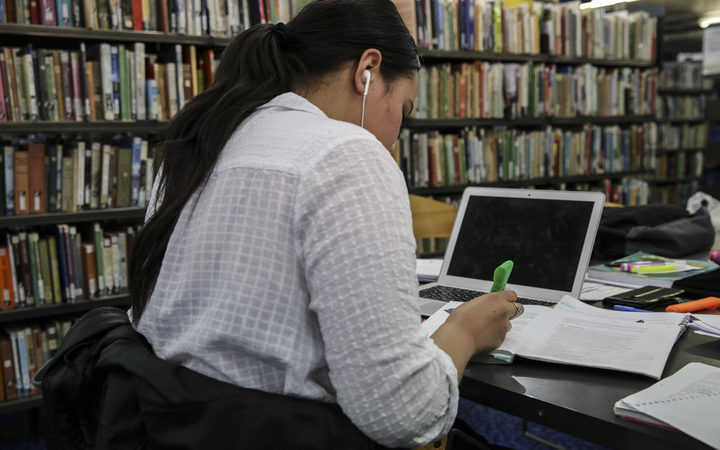 Education Ministry figures show Auckland was the only region where student numbers at more than half the schools exceeded 89 percent of the classroom capacity provided by the ministry at the middle of last year. Photo: RNZ / Richard Tindiller

Education Ministry figures show Auckland was the only region where student numbers at more than half the schools exceeded 89 percent of the classroom capacity provided by the ministry at the middle of last year.

Of those 263 schools, 134 had exceeded 100 percent of their classroom capacity including 78 that were only in that position because they had accepted enrolments from other areas. The most dramatic figures came from Mount Albert Grammar which exceeded its classroom capacity by 900 students last year. 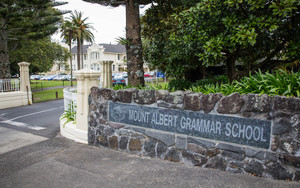 Just 7 percent of schools in the region were half-empty or less, the lowest figure in the country but one which showed there was still some spare capacity in Auckland's network of schools.

"A school might be taking out-of-zone students, but within that network of schools that is surrounding them, there might not still be capacity in that network," he said.

Mr Holt said the ministry was unlikely to give schools extra classrooms if they enrolled students from other areas.

"The ministry are fairly upfront with you when they speak to you about your capacity if you do have out-of-zone students," he said.

He said his school, Willow Park, now only enrolled children from within its enrolment zone and would be getting some new classrooms soon.

The ministry said its calculations were based only on the classrooms it provided and a high-capacity figure did not necessarily mean a school was overcrowded.

But Auckland Secondary Principals' Association president Richard Dykes said it was difficult to manage a school once it reached 90 percent of its capacity.

"It places huge stress on the school. It means that you've got teachers moving around between classes, which is lost teaching time," he said.

"You might have a class and you might say, 'right year 10 students, I want you to go next door and I want you to do some extra work', well actually right now we don't have a next door because that room's full also. So you just don't have those kind of meetings."

Mr Dykes said his school, Glendowie College, was more than 22 percent over its official capacity and though it accepted out-of-zone students, local population growth was the main reason the school was so full.

He said principals were not convinced that enough new classrooms were being built in the right places, but the Education Ministry had a tough job trying to figure out which parts of Auckland were growing fastest.

Mr Dykes said some parts of Auckland did not have new subdivisions but were growing because of infill housing or because families with children were moving into homes vacated by people with no school-age children.

He said the ministry was right not to build more classrooms in schools that were only full because of out-of-zone enrolments.

"From a ministry point of view and a system-wide perspective that seems very sensible. Let's put the classrooms into the schools where the students in the zone need that capacity," Mr Dykes said.

The ministry's deputy secretary sector enablement and support, Katrina Casey, said it had approved classroom space for tens of thousands more students in Auckland in recent years and expected to build more than 140 new teaching spaces in the region this year.

Ms Casey said there were more than 222,000 students in Auckland schools last year.

She said school boards of trustees needed to make sure they had enough space for in-zone students and options for managing enrolments could include introducing an enrolment scheme, changing the boundaries of their enrolment scheme, or reducing the number of out-of-zone enrolments.

Nationally, 42 percent of schools were at more than 89 percent of their classroom capacity last year and 14 percent were below 51 percent.

The fullest school in the country?

Taupō's Te Kura Kaupapa Māori o Whakarewa I Te Reo Ki Tuwharetoa was at 267 percent of its classroom capacity in July last year, the highest figure of any school.

At that time the kura had 147 students and the Education Ministry had provided enough classrooms for 55 children.

The kura's tumuaki, Colleen Morehu, said the reality was not quite that bad because many of the school's students were attending satellite schools.

She said the kura this year had 191 students and 118 of those children were going to school at its Taupō site.

Ms Morehu said the school got even more crowded when the off-site students came for classes and assessments.

"To survive each year we lease extra space that the whānau pay for, or the board, and the staff also surrender their staffroom so we don't have a staffroom," Ms Morehu said.

"We do have a hall that is a non-teaching space, but obviously in our position we use it as a teaching space a lot," she said.

"So it is always very busy and very flexible, we've just become used to that we need to be flexible."

Ms Morehu said the kura exceeded its ministry-provided classroom space some time ago and after years of lobbying it expected to get two new classrooms before the end of next year.

She said the school was the only kura kaupapa Māori in Taupō and attracted students from Turangi on the other side of Lake Taupō.

School capacity by education region as at July 2018