A Pacific golden plover bird or kuriri being tracked to help understand the species' population decline, has touched down in Japan. 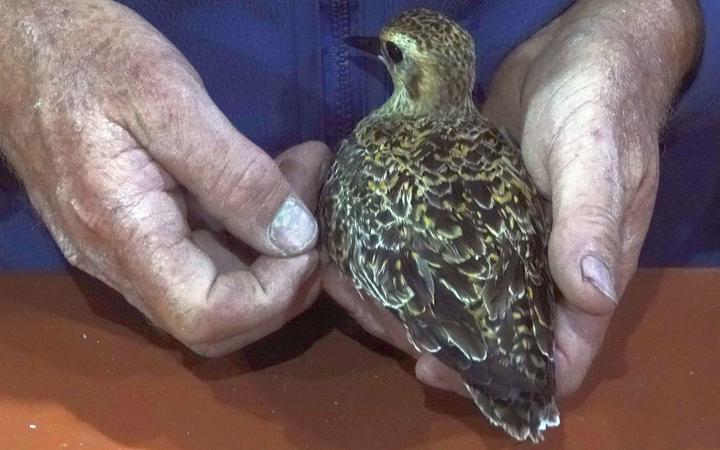 The bird is expected to eventually head to nesting grounds somewhere in the Arctic. Photo: Supplied / Pūkorokoro Miranda Shorebird Centre

The bird, nick-named Amanda was fitted with a satellite tag, as part of a Pūkorokoro Miranda Shorebird Centre research project.

She left New Zealand on 8 April with a small flock of other kuriri and has travelled 9000km, to reach the Japanese island of Honshu, near Tokyo.

Amanda is expected to remain in Japan for three weeks before heading to nesting grounds somewhere in the Arctic.

The project was launched because back when wader counts first began in New Zealand, 30 years ago, they recorded around a thousand Pacific golden plovers each summer. 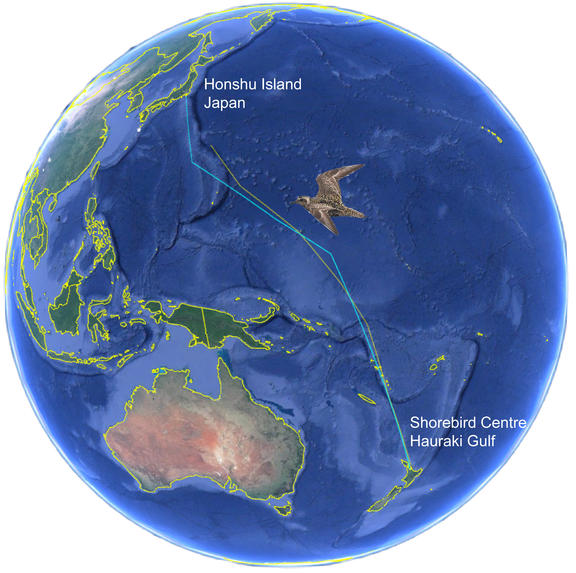 The flight path of Amanda and another one named JoJo. Photo: Supplied / Pūkorokoro Miranda Shorebird Centre

Another two birds, one who left a few days after Amanda and another who is still feeding in New Zealand, have also been tagged.

He said it's not known where they breed, what route they take to New Zealand, or where they stopover.

"If we are able to follow her along the rest of the migratory cycle, on to her breeding grounds and then back to New Zealand in September, she can give us much of the information we need to start finding out why their numbers are falling," he said.

The bird's namesake, Amanda Hunt, who has volunteered many hours to the project, said it's hard to believe just a few weeks ago she was holding the small bird in her hands.

"I feel nervous about what might happen to her though. I hope she will stay safe so she can travel on to her next destination with us looking on," she said.

Adrian Riegen of the New Zealand Wader Studies Group said even this first leg of the bird's trip was giving them new information.

"Amanda's flight has already told us more about Pacific golden plover migration from this country than has been learnt throughout the entire history of New Zealand ornithology," Mr Riegen said.