A New Zealand theologian's argument that Jesus was sexually abused by being stripped for crucifixion is gaining international attention. 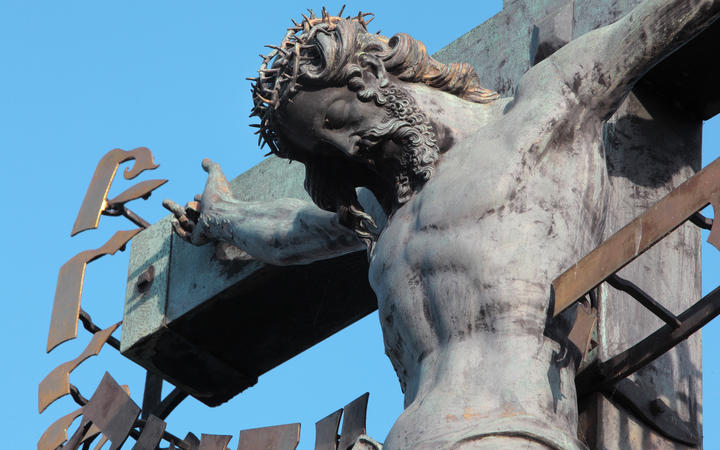 "People feel that Jesus would somehow be lessened if he had experienced sexual violence, and that's entirely untrue and entirely misguided," said the University of Otago academic.

The Bible story depicted Jesus being stripped three times, and crucified naked, which had parallels with the torture of prisoners today, such as by US soldiers at Abu Ghraib prison in Iraq, or in South American torture centres, he said.

"It's making quite clear that if this happened today ... it needs to be named as sexual abuse, as a very severe form of sexual humiliation.

"Very often the stripping is the first step towards other forms of sexual attack."

He and research partner Dr Rocio Figueroa, who was herself abused as child by a clergyman, have taken it further, by asking eight survivors in her native Peru what they think about the idea of Jesus as a victim of sex abuse.

Their research has featured in religious news reports from the US to Europe to South America.

Jesus is usually portrayed on the cross wearing a loincloth, but the Romans crucified people naked as part of the humiliation.

"It's extraordinary that it is missing, but it's missing in plain sight ... typically people read it but don't notice it ... perhaps we have ideas about what is sacred that would clash with something like sexual violence," Prof Tombs said.

So rather than being offensive, the idea of Jesus experiencing sex abuse could be used to confront approaches that blamed and shamed survivors.

It would be useful for the Church in New Zealand to consider this in the run up to the Royal Commission into abuse, he said.