Afghanistan villagers, who claim to have lost relatives in a military operation involving New Zealand soldiers, need to be front and centre of an inquiry into the incident, a lawyer says.

The Operation Burnham inquiry is investigating allegations that six civilians were killed in Afghanistan during a New Zealand-led raid in 2010, and the military covered up what happened.

The allegations were the subject of a book, Hit & Run, by journalists Nicky Hager and Jon Stephenson.

Lawyers for the villagers went to the High Court on Monday asking it to require the inquiry to release information about what hearings it would hold between now and when their judicial review case is heard in July.

In two weeks, the High Court in Wellington will hear an application on behalf of the villagers asking that the inquiry's closed private hearings into matters relating to them be put on hold until after the July hearing.

Doctor Rodney Harrison QC, representing the villagers, told Justice Ellis on Monday his clients were interested in Operation Burnham itself, and a return visit they say the NZ forces made to their villages at a later date.

He said the villagers' other lawyer, Deborah Manning, had made several attempts to obtain information from the Operation Burnham Inquiry, including writing to the inquiry itself and to Crown Law. 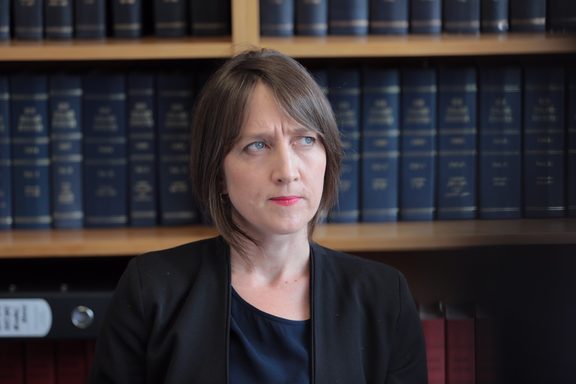 "We're here arguing it, but a simple request which could easily have been complied with was turned into an all-or-nothing contest, where instead of saying 'we can give you part of what you're asking for' they have said 'you'll get nothing'.

"We're accused of wanting everything and the answer is we get nothing and that kind of binary approach to the argument is not the way it should have been approached or handled."

Dr Harrison said the information sought was required to enable the best case possible to be made at the interim relief hearing in two weeks' time.

He said if the inquiry had already spoken to hundreds of witnesses by the time a High Court judgment came out, it would make it more difficult to obtain the relief sought.

"I would have thought by that stage the court will be urged to not grant relief because of the difficulty of unscrambling the omelette.

"If the court is told 'exercise your discretion against granting any meaningful relief apart from a declaration - because we've given all these witnesses assurances we can't go back on and we've already interviewed them' - that's the kind of prejudice we're talking about."

Dr Harrison also said that having both the inquiry's lawyers and the Solicitor-General appearing before Monday's hearing was overkill.

However, Solicitor-General Una Jagose told the court the villagers' lawyers already had sufficient information to argue their case and questions raised at Monday's hearing were an attempt to "get behind" the confidentiality orders the inquiry had made.

The lawyer supporting the inquiry, Kristy McDonald QC, told the court it had undertaken two contextual interviews to learn more about the background against which Operation Burnham occurred and would not be doing any more until May.

She said the inquiry would engage with whistleblowers, journalists' sources and past and present members of the military and would be receiving classified material relating to sensitive matters of state.

"By answering the [questions raised by the villagers' lawyers] identification of witnesses will occur even if they're not named.

"Those with knowledge of relevant matters will be able to deduce the names of witnesses quite readily ... The information sought ... goes beyond the protections the inquiry has put in place and [is] not needed."

She read from an email by one of the Hit and Run authors, Jon Stephenson, about the likely consequences for his sources if their identity was made public; for some that could lead to mistreatment, detention or death, or affect their careers.

"Information about what happened prior to, during and after the operation was only known to a small group of people. There is a real risk that any release of information could point to them as being my sources.

"I have spent many hours reassuring confidential sources that they can trust the inquiry's undertaking to protect identities and I am concerned that any court order that breaches that will undermine sources' willingness to cooperate with the inquiry.

"Refusal to be interviewed will have a significant effect on the inquiry's ability to do its work."

Ms McDonald said the inquiry needed to balance the public interest in openness against the risk of harm to others and had to be sure the process it had chosen would get to the truth of the matter.

She said nothing was added to the villagers' lawyers' understanding of matters by them knowing the number of witnesses, the inquiry protocols, and the date or content of its interviews.

In his submissions in reply, Dr Harrison said it could be a hollow victory for the villagers if they won their judicial review, but the inquiry's processes had moved on too far for that to make any real difference.