A former defence minister has told the Operation Burnham inquiry he always believed that once allegations about civilian casualties in Afghanistan were made, they should be investigated. 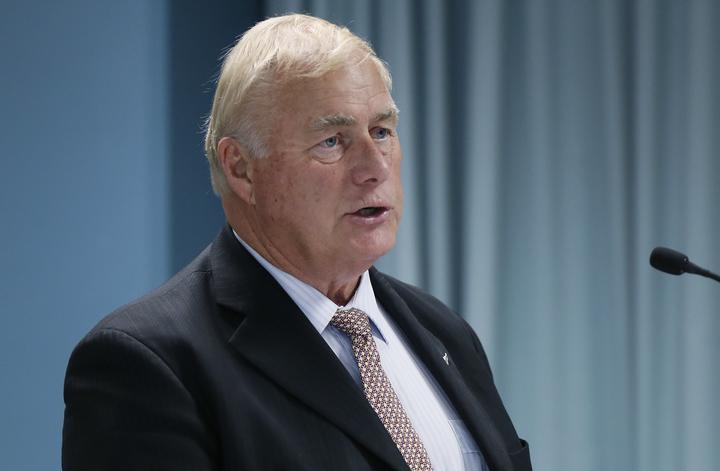 The first public hearing "module" of the Operation Burnham inquiry is underway in Wellington today, looking at the events from 2010, which were detailed in the book Hit and Run, by journalists Nicky Hager and Jon Stephenson.

The authors said six civilians were killed - including a three-year-old girl - and 15 injured in three raids by SAS soldiers Tirgiran Valley, but the events were covered up by the Defence Force.

Wayne Mapp, who was Defence Minister in the John Key government from 2008 to 2011, told the inquiry he had also been a reservist officer in the New Zealand Army, specialising in military intelligence.

He said the New Zealand Defence Force has a good reputation.

"The men and women of the New Zealand Defence Force have a well-deserved reputation for being a moral force who strive to uphold New Zealand values.

"I believe the inquiry will serve their interests by providing an independent review of Operation Burnham."

Dr Mapp gave evidence about the New Zealand Defence Force's involvement in Afghanistan and how that had been signed off by various governments.

He said the deployment initially began as a result of United Nations Security Council resolutions in response to the September 2001 terror attacks in the United States and he quoted the former prime minister, Helen Clark in that regard.

"The offer by the government to deploy the SAS is significant, and I assure the House that any offer to deploy New Zealand's crack troops - which is what the SAS are - is not an offer that is made lightly.

Dr Mapp said the decision to redeploy the SAS to Afghanistan in 2009 was taken in the broad context of New Zealand's consistent and bipartisan commitment to collective security and in support of rules-based international order.

He said that during parliamentary debates leading up to the 2009 deployment the Labour Party and the Greens opposed it, but in those debates he emphasised that the aim of going was to protect this country by dealing with terrorism at its source in Afghanistan.

"We need to recall the principal reason why we first went to Afghanistan: it was September 11, al-Qaeda had its base in Afghanistan and the Taliban Government of Afghanistan was unwilling to eject al-Qaeda and ensure it was brought to international justice."

Dr Mapp said there was widespread international support for the commitment to Afghanistan.

He said as Minister of Defence he had civilian oversight of the armed forces, but that power was exercised through the Chief of Defence Force.

Dr Mapp said the SAS were under the day-to-day operational command of the international special forces operation, pursuant to Rules of Engagement authorised by the New Zealand government.

Earlier today, protesters hung a seven-metre banner on the building opposite the address where the inquiry is being held, calling it a farce.

A spokesperson for the Hit and Run Inquiry Campaign, Mary Fisher, who was among protesters holding placards outside, said they are disappointed that most of the inquiry is happening in secret.

"If there have been things done wrong we should be able to change them in the future, if civilians were killed those things should be investigated properly, you know everyone deserves a chance to have their story told."