A major roading project linking northern Wellington to the Hutt Valley has been canned, and it is likely it will not be reconsidered for funding for almost a decade. 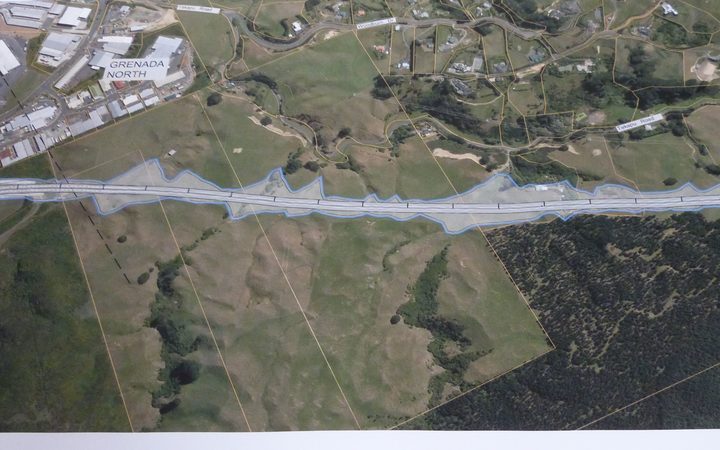 The route as it was proposed would go through Takapu Valley. Photo: RNZ

The estimated $955 million link road between Petone and Grenada has been dropped after a report in 2017 found it was at risk of landslides during a major earthquake.

The project had previously run into opposition from residents of Takapu Valley who feared losing property to the proposed motorway.

The Transport Agency (NZTA) has now recommended that the project be redesigned, but the timing of the work would depend on funding availability, and the re-evaluation recommended it be considered for funding in 2028.

NZTA director of regional relationships Emma Speight said the project is no longer a government priority.

"We also have a programme of work that is going to be starting soon on State Highway 58 to improve safety and make sure that that road is fit-for-purpose as well."

Ms Speight said the overwhelming majority of trips between northern Wellington and the Hutt Valley were by private car.

When asked how NZTA would reduce congestion between these routes, Ms Speight said that they were looking at walking and cycling improvements and working with other forms of public transport like the rail service to "provide a reliable service that people want to use".

MP for Hutt South Chris Bishop said he was frustrated the project would not go ahead, and wanted NZTA to be transparent about other transport projects in the area.

"[It] would significantly add to regional roading resilience in Wellington, while unlocking productivity and commercial opportunities for the Hutt Valley.

"It would also ease congestion for residents of the Hutt travelling to and from Wellington.

"The Transport Agency now needs to urgently release the results of the Melling Interchange improvements re-evaluation.

"The NZTA has made a decision on this project but has so far refused to publish the decision, and the re-evaluation. They need to just get on with it."