A respected iwi leader says a South Taranaki mayoral candidate has been deliberately offensive by chosing to use the term "Naki" in the branding of his business. 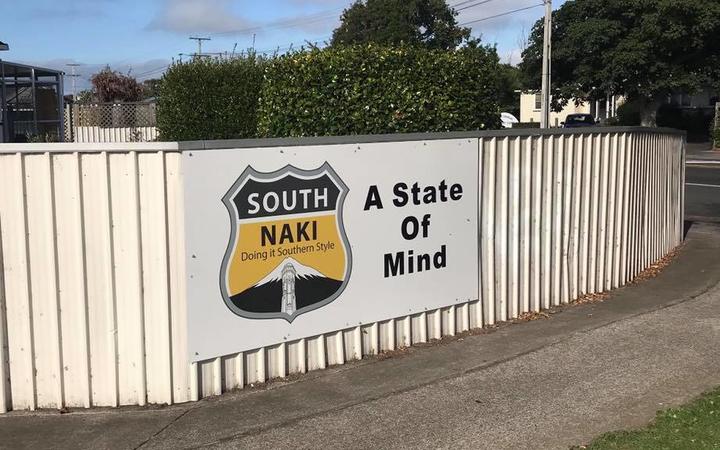 Entrepreneurs Craig Baylis and his wife Jo launched the South Naki clothing and accessories brand in Hāwera earlier this year.

Its T-shirts, caps, beanies and even billboards feature slogans such as "South Naki - doing it Southern style", "Sweet home South Naki" and "South Naki - a state of mind".

Will Edwards, who affliates to three Taranaki iwi, said he had approach the business pair about their branding.

"They need to be congratulated both of them for their entrepreneurial spirit and what they want to achieve but I think they are going round about it the wrong way.

"As I understand it they want to be positive and progressive, but the way they are going about it is actually quite regressive and I would say colonial in nature."

Dr Edwards said he wanted to have face-to-face a discussion with Mr and Mrs Baylis and he hoped they engaged and rebranded.

However, Mr Baylis said the name was not derived from Taranaki but rather the Māori Dictionary translation for the word "naki" meaning to glide, or move with an even motion.

He said he was sticking with the branding.

Māori cultural advisor and Taranaki iwi member, Morgana Watson, said she told the couple about how Māori felt about the brand name, but there was no response.

She said chopping up the name of an ancestor was disrespectful and offensive, and she also questioned the business sense.

"You know, if you're thinking about clever innovative legacy ways of doing business, long term business. It's not good business to be offending whole communities especially when that community is indigenous to the land that you live on and that you are doing business on."

But Mr Baylis was not the only business owner using the abbreviated place name in its branding.

"What does it say to me? It says that this is a district - I guess you could call it - that punching above it weight and I'm quite proud of the place and I think the name Naki has a nice ring to it marketing wise."

Mr Peters said if anyone asked him to change it they would get the short shrift.

"I've got lots of and lots of Māori clients in Taranaki, man. So my attitude to that is 'hey it's a word'. You can't own a word and if your offended by the word don't listen to it."

Mr Baylis is also a South Taranaki mayoral candidate, and will be campaigning on a platform of encouraging local investment and growing the Hāwera CBD.

If he wins, South Taranaki would not be contributing to the rebuild of Yarrow Stadium in New Plymouth, and he would try to pull the district out of the regional development body Venture Taranaki.