A tangi is underway at Te Pakira Marae in Whakarewarewa for the five members of the same whānau who died in a car crash on Monday morning. 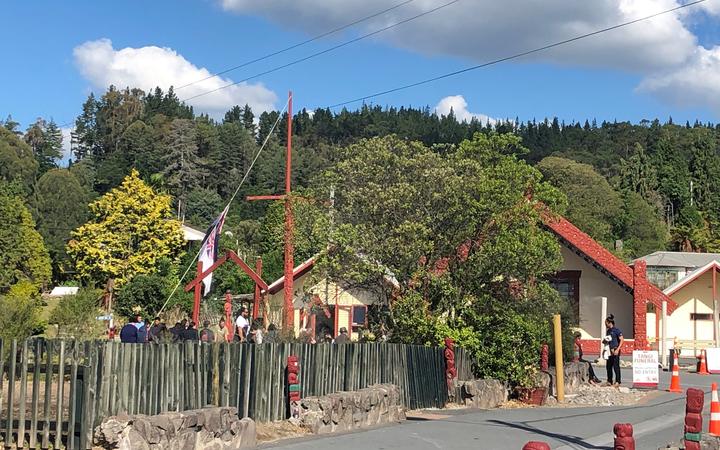 The tangi is being held at Te Pakira Marae in Whakarewarewa Photo: Supplied / Justine Murray

Father Peter, three sisters - 15-year-old Michelle, 14-year-old Aroha and 12-year-old Kahukura - and their cousin, 26-year-old Rangi, died in the crash between Taupō and Rotorua when their car hit a tree.

Isaac, 11, was taken to hospital seriously injured, as the sole survivor of the crash.

A spokesperson for the whānau, Sunny Wikiriwhi, said the event has caused large amounts of grief for everyone.

"We're obviously very sad about this occasion, it's been a very tragic event, we are coping as best as we can considering the amount of grief that the whānau are undertaking."

Ms Wikiriwhi said the whānau are pulling together to support each other in their grief.