Plans to include a Muslim prayer in a Porirua Anzac Day service have been abandoned after the organisers received violent threats from veterans and members of the public. 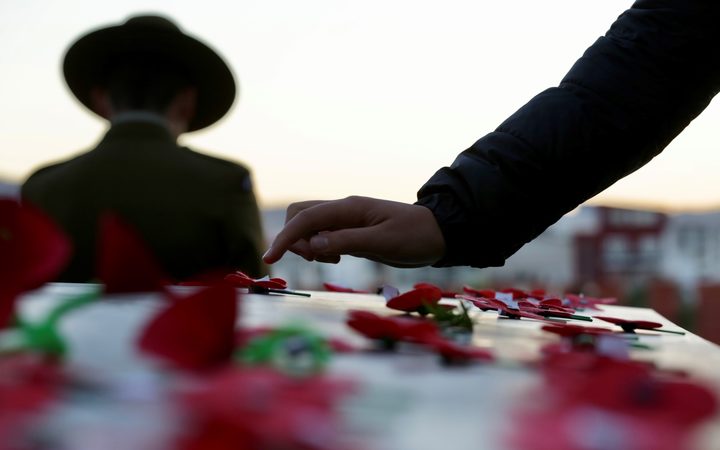 Simon Strombom - who is organising the Titahi Bay service - wanted to include the prayer to acknowledge those killed in the Christchurch terror attacks.

Following the massacre, members of the RSA removed rifle gunfire from its planned dawn and civic services and agreed to include a one minute Muslim prayer at the end of the civic service.

But Major Strombom said the decision to drop the prayer was made following a meeting with police and Muslim leaders this afternoon.

Major Strombom said Muslim leaders have agreed to attend the service but on police advice would no longer recite a one-minute prayer at the end.

"Given this, we can't guarantee the security of some people talking ... we'll be having a returned serviceman or the mayor speaking."

Major Strombom said the service would, however, acknowledge those killed in the shootings.

Earlier, Major Strombom said members of the RSA had received appalling messages online from those opposing the move.

"I now am getting quite angry about some of the people and some of the ignorance. I mean, I don't think New Zealand lost its innocence, it's exposed some ignorance of our society.

"I think there is a lot of people out there that are using the pretext of ANZAC day to cloak the racism and we've had some appalling online comments from individuals who're very lucky we haven't gone to the police."

Ex-servicemen told RNZ that they didn't think it was appropriate for the victims of the mosque attack to be acknowledged at an ANZAC service.

Lee Sutton, formerly with the New Zealand Airforce, said the country should not break away from tradition.

"I was, to be quite honest, I was pretty disgusted.

"These people - and again, I'm trying not to be nasty about it because that's not my intent - but New Zealand has been very, very welcoming for all people's, all races, all beliefs and all religions which is absolutely fantastic, but we can't step away from our tradition."

Mr Sutton said that ANZAC day is about commemorating the New Zealanders and Australians who fought in Gallipoli and he did not want to detract from that.

"A terrible tragedy has just happened and I feel for the people that died but Anzac Day is not that day for them - it is a day for our guys."

Bob Davies, who served in the New Zealand Army for 31 years, agreed that the Anzac service also didn't think it was the right time to acknowledge the mosque attacks.

"I mean we've just had a global recognition of that last Friday so I don't think there is a need to do it again on Anzac Day."

RSA national communication manager Shane Wratt said Titahi Bay was the only RSA to include a prayer in its service.