A UK organisation is out on the streets of Christchurch teaching people how to spot extremism and answering questions from curious locals about what Islam actually is. 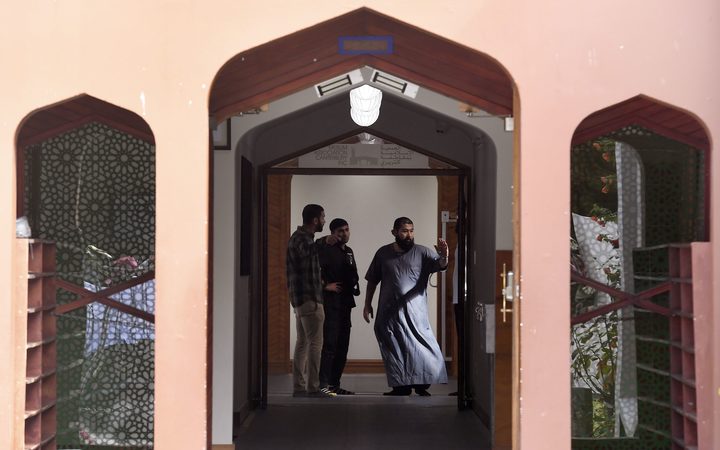 Members of the local Muslim community inspect the interior of the Al Noor Mosque after it was reopened. Photo: AFP

The City Centre Da'wah was formed in England 10 years ago and has centres in the UK, USA, Norway and Australia.

One of its members, Aqil Abu Umar, said the days and weeks following a terror attack were critical because people, in this case especially young Muslims, were emotional, vulnerable and might be swayed into vengeance.

"In Christchurch we recognise the fact that when things like this happen we will see those people who will try to radicalise the young ones, those who are impressionable, those ones who are more emotional.

"They will try to enter into their hearts and minds by ... small whispers and they will try to radicalise them in these types of situations," he said.

"We're not saying it's going to happen but we do know this is the type of situation that these type of people - who don't go in and do these things themselves - they try to radicalise other people and get them to do it."

We have travelled to #Christchurch⁠ ⁠ New Zealand & are advising the general public regarding the methodology of those that will try to use the #ChristchurchAttack & the emotions being felt by those personally affected, to radicalise the youth within the community. pic.twitter.com/5ooG3X7NdI

Mr Umar said negative stereotyping of Muslims in the media had created fear and uncertainty about the religion.

"Islam forbids theft, murder, any form of oppression. We have to dispel the myth that these things are what Muslims harbour in their heart," he said.

"The majority of the people that we speak to, they say the media has told them about Islam. If a Muslim does something bad, they will always bring his religion into the news headline. That sort of thing demonizes the religion and it causes that fear in people.

"We explain to people that Islam does not permit these types of crimes - so to bring a person's religion into it - when they are not following that religion - is unjust."

Another member Ali Mir agreed ignorance of Islam was a big problem for the Western world.

"Our religion isn't about invasion, invading non-Muslim lands. It's not about taking over, it's not about that at all. It's about living peacefully, co-existing peacefully with others - who might, or might not have the same faith."

Mr Mir said extremists would take verses from the Quran out of context, and make it fit their agenda, or would use them to scare people.

"There are verses in the Quran that have to be read and understood in context ... They take these verses they twist them out of context and they give it the meaning that they want it to have.

"There are many verses in the Bible that speak about fighting. If I was to take these out of context would that legitimise me killing lots of people? No."

He said groups like Isis and Al-Qaeda were politically motivated, not religious, and had a warped understanding of Islam.

The group plans to also visit Auckland, Wellington and Hamilton.