A survivor of sex abuse by a Catholic school leader whose portrait is being removed years after his attacks, says he was "one of the most evil men operating as a paedophile". 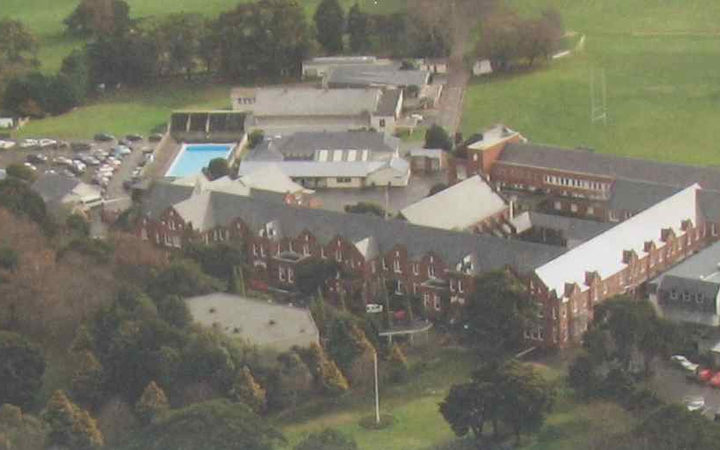 Meanwhile, the daughter of another survivor, whose family first asked nine years ago for the picture to be removed, says now they want the school to go further.

St Patrick's College in Silverstream, Wellington has agreed to take down the photo of former rector Frank 'Fred' Durning from its auditorium a decade after the Society of Mary upheld sex abuse complaints against the late Marist Father, and after months of discussion by its board members.

The survivor of abuse by Durning in the 1950s, whose complaint was upheld in 2009, said he was very encouraged the school had acted but shocked it had taken so long.

"I went back and looked at the photographs about six years ago - it was the second time I'd been back in the school since I walked out - and I was shocked to see his photograph still there," the man told RNZ.

"He was a priest for 60 years. And I know in the time I was there, there were two other boys he was attacking."

Other victims from St Patrick's College in Wellington city have also spoken to RNZ. 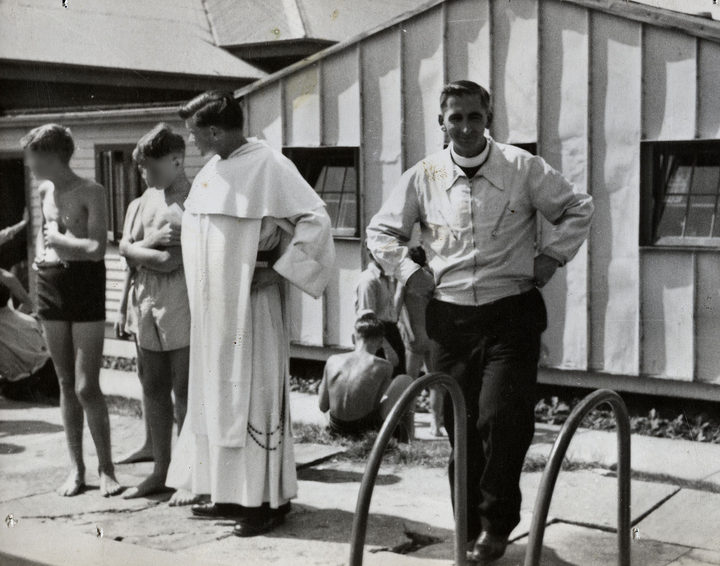 Former rector Fred Durning, right, next to Father Michael Shirres, who has also been exposed as a paedophile, with St Patrick's College students at a sports event in 1955. Photo: Supplied

Durning was moved around a lot by the church including to schools in the Pacific.

The daughter of another survivor of St Pat's Silverstream abuse said it was wrong to have photos of paedophiles up in a college to be admired.

"When I told dad the news, he went really quiet and he just said, 'About time' - and then he said, 'What about the other one?'," the daughter told RNZ.

The picture of another abusive clergyman from the 1950s was still displayed, she said. RNZ is unable to name that priest as Catholic authorities said they had not upheld any abuse complaint against him.

"I know he won't rest until this is done," she said.

"As my dad said, I'm so proud of him, I've seen the legacy of the hurt these guys have inflicted on him, and him standing up and speaking on this is so courageous. As he said, this is just the beginning."

College rector Grahame Duffy and its Board of Trustees chair Katrina Mannix issued statements and both declined an interview.

"Your request for an interview from myself is declined," Ms Mannix said by email. "I refer you to the public statement provided by the Board of Trustees and Board of Proprietors."

RNZ had asked her, and Mr Duffy, to elaborate on their three-line public statement about taking down the picture, in which Mr Duffy said the BOT and Board of Proprietors were in discussion for "the last few months" about the requests to remove it; and to explain why doing so took a decade, and why the school thinks it is important to do this at this time. They declined to provide any further explanation.