Homebuyers in an Auckland Special Housing area have been charged extra for features like driveways, pushing the total price well outside the affordable range. 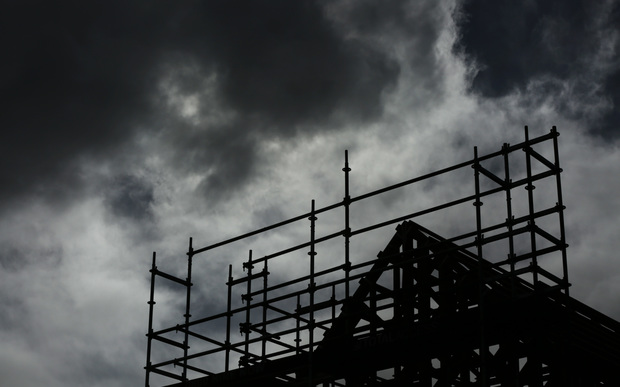 Some buyers are facing extra costs for features at their houses that are necessary for them to pass the code of compliance. Photo: RNZ / Rebekah Parsons-King

The homes were built by Imperial Homes Ltd at the Scott Point Special Housing Area in Hobsonville and most were sold last year for $636,000 - the maximum allowed to be classed as affordable.

But buyers were charged between $14,000 and $48,000 on top of that for basic landscaping, including driveways.

A homeowner, who RNZ agreed not to be named, said she was shocked to find out she had to pay more for features she thought was included in the price.

The contract had mentioned an additional amount for landscaping but that it would only be used if both the owner and the developer agreed, she said

She thought she would simply decline the added extras but was then told by the developer she had to pay.

"I could see how it's one thing to opt in for something extra ... a spa pool or a fancy deck ... a little extra that you could choose to pay for," the homeowner said.

"What we were getting forced to pay for were crucial items that the house needed to pass its code of compliance and that was required by the resource consent."

Special Housing Areas were created in Auckland between 2013 and 2017 to boost housing supply, giving developers fast-tracked resource consents in return for providing a certain number of affordable homes for first homebuyers.

Imperial Homes, through its lawyer Andrew Fletcher, said it had done nothing wrong.

The affordable aspect - and price tag - was for the building alone and not any of the landscaping around it, he said.

He cited the Special Housing Area legislation which referred to "dwellings" and defined them as the building.

The sale and purchase agreements also stated there would be an additional charge for landscaping, and the process was transparent, Mr Fletcher said.

However, some of the buyers said the requirement to pay was not clear.

Auckland Council is investigating Imperial Homes and had done a letter drop asking homeowners to contact it.

But it told at least two of the complainants it would not prosecute, saying it was a civil dispute between the buyers and Imperial Homes.

The council said if a developer was at fault it would usually give it a chance to rectify its breach before taking further action.

The buyers say the excitement of buying their own homes has given way to stress and exhaustion and they worried that there would be similar cases.

"If the developers are finding little loop holes in the system to be able to charge first homebuyers more than they should be, then who's to say they aren't doing this with KiwiBuild as well," one said.