Hundreds of thousands of New Zealand children are still living in poverty because of housing costs, according to new figures released today. 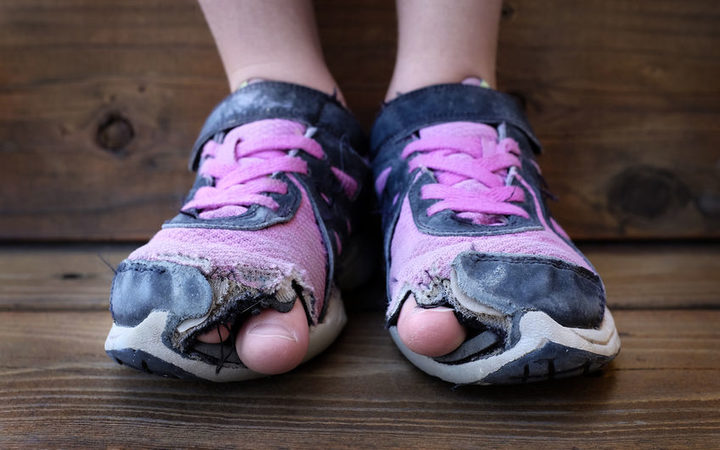 The report from Stats NZ said the proportion of children who lived in households, with less than half the median disposable income - jumped once housing costs were taken into account.

But advocates said major changes were needed if the country was serious about tackling the issue.

The Child Poverty Reduction Act set both three and 10-year targets to reduce poverty and hardship.

To achieve those targets, government statistician Liz McPherson will report each year against a set of 10 measures.

Susan St John from the Child Poverty Action Group said the last two years' figures could not be relied on.

"The adjustments by Stats NZ mean that the Government now has a reliable baseline against which to measure the success of its policies," she said.

"We can be confident for example that on the primary measure, before housing costs 50 percent income, New Zealand had about 180,000 children in poverty," Ms St John said.

That figure jumped to 254,000 children - about 23 percent - once housing costs were accounted for.

Childrens' Commissioner Andrew Becroft said the data backed up what was already known.

"There is nothing new in these stats, they are really telling us what we knew in the past, but because it's from the chief statistician and it's comprehensive and it's recent, there is some degree of reliability we can place on them. So it's nothing new, but the extent of the challenge is laid bare," Mr Becroft said.

Ms St John said the data was collected before the families package came into affect.

But she said some of those measures were doing little to help the very poorest children.

"On one of the measures of children living under the 40 percent after housing costs poverty line, we've got 174,000 children there. That's an extremely low income in those households for those children to be living on and one has to ask if the families package itself is going to be reaching those children," Ms St John said.

"We need to do some clear things, attack the housing crisis because it's clear the difference that housing costs make to low income families. We need to realistically set benefit levels, I think index link them to wages and prices for benefits involving children. We need to look at some pretty new ideas, such as in-kind benefits, free school lunches and extending the reach of free dental and medical care," Mr Becroft said

"Money in a household can be really important, but how people use it is key. And I've worked with families for my entire career where children are the last consideration in their lives, and that unfortunately is a reality in thousands and thousands of cases," Ms Rankin said.

Stats NZ said next year it planned to increase the size of the survey from between 3000 and 5500 households to 20,000 households thanks to extra government funding.

It will release that report in early 2020.