The Law Commission is looking into whether the rules governing DNA are still fit for purpose, easily accessible and understood by the public. 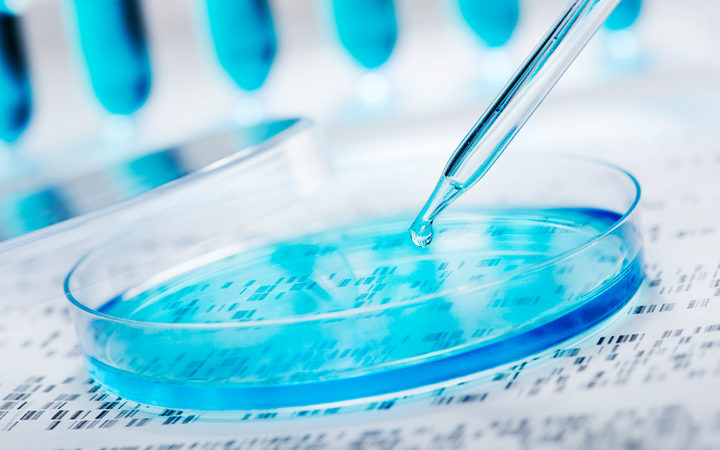 The Law Commission is looking into whether DNA given to online genealogy websites, a newborn's DNA taken at a hospital and DNA taken from a discarded coffee cup should be available to the police attempting to solve a crime.

It will determine whether examples like these and current rules governing them are consistent with the Bill of Rights Act.

The case of the Golden State killer made headlines last year after police in California arrested a former police officer alleged to have committed a spate of burglaries, rapes and murders that were decades old.

Using DNA from the historical crime scenes police uploaded it to ancestry website GEDmatch and it matched with DNA voluntarily uploaded by his relatives.

The collection and use of DNA in New Zealand is mandated by the Criminal Investigations Bodily Samples Act 1995.

However, since the mid-90s not only has science rapidly evolved but a series of amendments in the 2000s have loosened the rules around when DNA can be taken and for how long it can be kept.

Law Society Commissioner Donna Buckingham said the Act did not cover genealogy websites and the Golden State killer case was a wake-up call.

"At the time police did that in the [United] States no-one was aware of the people who had voluntarily uploaded their profiles that law enforcement could use it - they are certainly aware now.

"They were given the opportunity to pull their data out, ironically from my tracking there was actually an uptake of more data going in."

New Zealand police must obtain a court order to access DNA from websites people pay to use, for instance, ancestry.com.

But for free websites like GEDmatch there was no such requirement.

Ms Buckingham said the current law was unclear on whether the use of such information was legal.

"So the worry is this will become a more attractive low-cost, absolutely free - in the sense of accessing the data - instrument for law enforcement.

"The other side of the argument is it appears it is helping solve a number of cold cases, so there is a balance there."

Another example is the Newborn Metabolic Screening Programme, where a heel prick to draw blood from a baby is taken a day or so after they are born.

The primary purpose is to screen for metabolic conditions but the cards that hold the DNA are held onto by the programme indefinitely.

Police can apply for a search warrant to access the cards and have a memorandum of understanding with the Ministry of Health to do so.

Commission senior advisor Kristen Ross said many people did not know this.

"Our biggest concern here is that the general public aren't aware of this and we share this concern with the programme organisers is that if the public do become aware of this are they going to cease consenting to these blood spot cards being created?

"They haven't done other types of inferring of evidentially visible characteristics but the kits are available for that, for hair and eye colour and there's some work on commercially for resale overseas for face shape, age, height, to produce a sort of identikit."

Ms McKenzie-Bridle said this could have the effect of giving police "tunnel-vision" and raised concerns around stereotyping certain ethnicities, particularly if the inference made was incorrect.

Feedback on the paper that raises these issues and more closes at the end of this month.

A final report on what reforms are recommended by the Law Commission is due at the end of the year.