The West Coast is in for another heavy downpour tonight but MetService says it will move through the region quickly. 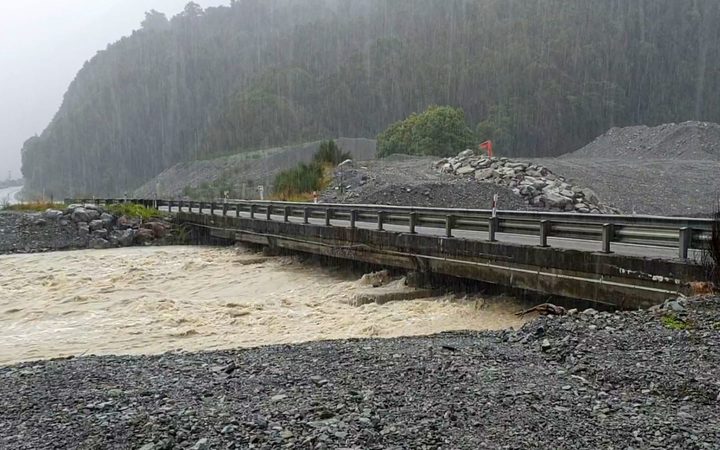 The forecaster has issued a severe weather warning.

It is predicting that the heaviest rain will fall in the Westland district, with up to 150 millimetres possibly falling in the ranges.

Meteorologist April Clark said the worst of the rain was expected overnight and into tomorrow morning.

"It's fast moving so that's the big difference say for Westland earlier this week. That front was very slow moving and part of the reason why those rain accumulations are so huge [is] that sort of sat around that area and just kept on delivering."

April Clark said while less rain was expected than earlier this week, it would still be significant for the waterlogged region.

Westland District mayor Bruce Smith said while the rain would have an impact, it was nothing on what the region just experienced.

He said the focus was still on recovering from this week's floods.